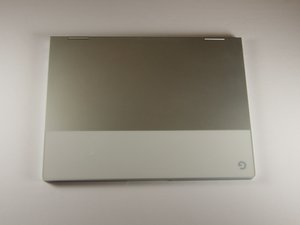 The spiritual successor to the Chromebook Pixel, the Google Pixelbook was unveiled at the 2017. Made by Google event, and made available October 31st, 2017.

My 2017 Pixelbook screen is flickering, when it stopped I did a power wash, reconnected to my home network and was able to restore my Gmail account.

Still had a flickering unstable screen so I took it to ubreakifix and best they could do is get a replacement Pixelbook from Google for $600! I already gave up on Google and purchase a Samsung Chromebook II.

ubreakifix suggested replacing the screen, which has the video card attached to it. I purchased a “used” Genuine Google Pixelbook C0A 12.3" LCD Screen Complete Assembly Grade A on e-bay(Item Has Been Professionally Tested / Fully Functional / Comes With Warranty).