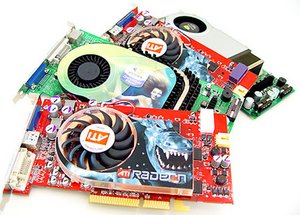 Hi!
I recently bought a used Nvidia Geforce 7800 GTX graphics card for a PC Build. It is a older genereration PCI Express graphics card. During shipping, a capacitor was almost torn off the PCB. It is barely hanging on with one of the sides still soldered on the loose parts of the PCB.

I am not skilled with electronics. I have soldered cables for audio, but thats it. Can this be fixed? Is it enough to just solder it back on? Pictures below. Thanks for any tips! 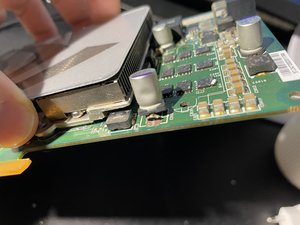 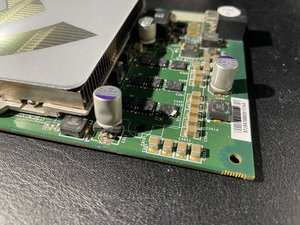 Have you tested the card to see if it works, or did you notice the damage before installing it?

If you haven’t tested the card, I’d recommend avoiding it until you make sure that the damage to the board isn’t causing an electrical short. Capacitors like these are typically used to filter power lines on the card, and this damage could cause a short between voltage rail and ground which could send your card up in smoke, or worse if powered up. Measure with a multimeter to make sure that there is resistance across the two leads of the capacitor. As long as it’s more than a few ohms, we know that the damage isn’t causing a short and we can test some things.

This looks to be one of a series of capacitors on the same voltage rail, look at the parts near the “C319” and “C321” labels on the board: they are also large capacitors (but in a different package) and are on the same voltage rail. These capacitors may be able to “pick up the slack” for the damaged capacitor. Try and push the capacitor back down into it’s original position, getting the ripped up pad/trace back into place. Use some glue to hold it in place, then measure resistance again to make sure that it’s still not close to zero ohms.

At this point, I’d test the card out. If it works under a number of operating conditions (ex: playing games and browsing the web) you may be good to go. If it doesn’t, we can attempt a fix. If you feel comfortable, solder a decently thick wire to the damaged leg of the capacitor, and to the bottom side of the capacitors to the right, like this: 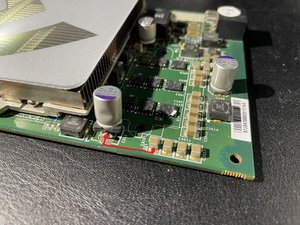 It’s a good idea to replacing the capacitor with a new part of the same value, but it might not be necessary. The dent in the side may alter it’s electrical characteristics, but this may be enough to get the card working under most circumstances. Good luck!

I'm going to try it out. I'm no master with a multimeter, but i should be able to get some help locally. Thank you so much for you rreply!