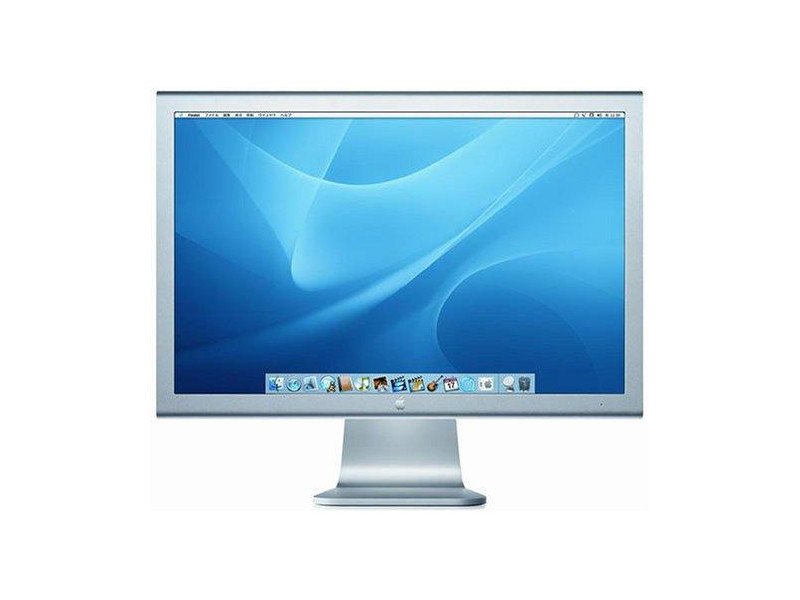 All three displays use a DVI connection for video, but the 30-inch model—with its larger 2560x1600 pixel resolution—requires dual-link DVI. The 20-inch and 23-inch displays (at 1680x1050 and 1920x1200 respectively) only use single-link DVI. You can still connect these displays to modern computers using a DVI adapter; see this article for more details.

Each monitor has a single large cable attached to the back which breaks out into a power cable, a DVI cable, a USB cable, and a FireWire 400 cable. The power cable is fed by an external AC adapter, and the USB and FireWire cables can be plugged into your computer to enable the built-in USB and FireWire hubs on the back of the monitor. You can adjust the brightness using the capacitive buttons of the right side of the monitor.

You can identify these monitors by finding the model number written on the bottom of the elevated screen.

In late 2005, Apple silently updated the LCD panels on all three displays, but didn't change product names or even model numbers. The updated 30-inch model had an increased brightness of 400 cd/m² and contrast ratio of 700:1.