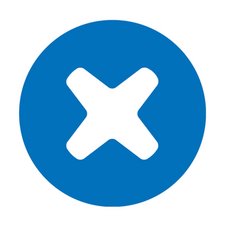 We're just some folks with repair on our minds...

iFixit was started in 2003 by Luke and Kyle in a dorm room at Cal Poly, San Luis Obispo. Since then, we've grown a bit. 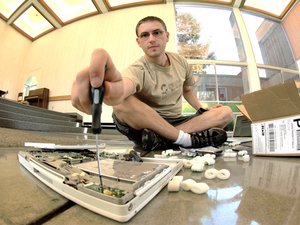 We started out fixing an old iBook together. There were no instructions on how to do it, so we started the way everyone does: the hard way.

We tinkered. We fiddled. We broke some tabs and lost a few screws. But we fixed it!

We attempted to fix some other laptops but had trouble finding parts. So we bought a broken computer on eBay and stole parts from it. Then we decided to start selling the parts ourselves, and iFixit was born.

But that's not the whole story. All of our customers still had to do things the hard way, just like we did. Easy-to-use repair instructions didn't exist -- yet. 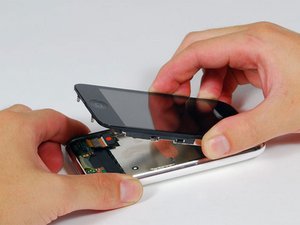 It bugged us that most consumer devices lacked repair instructions. We think it should be easy for people to learn how to fix things.

So we wrote some instructions the first chance we got. And we posted them online, for free. For the first time, it was easy for someone with no technical background or experience to take apart a Mac. Our step-by-step instructions were enabling people to repair Macs they wouldn't have been able to repair on their own.

We thought the instructions would be useful to our customers -- and they were. But it turned out that they were useful to a lot of other people as well! We've heard repair success stories from forensic detectives, field translators, and even kids. From New York to Alaska, Tibet to the Faroe Islands, people have used our guides to fix their stuff. They saved money, they kept their Macs out of landfills, and they did it completely by themselves.

And the amazing thing? They enjoyed doing it. It's fun to take stuff apart. It's interesting to see what's inside that magic iPod you carry around every day. It's gratifying to fix it with your own hands. Don't believe us? Try it! Fix your Mac yourself. Show a friend how to fix something.

We're all in this thing together, and if we work together we can fix the planet. Join us.

What we do now

We help thousands of people repair their devices every day. Why do we do it? Because Apple doesn't provide repair parts and documentation to end users. We believe everyone should have the right to maintain and repair their products, whether or not they are made by Apple.

Well, it turns out that most companies are just like Apple. They make great products, but they never quite get around to telling the rest of us how to fix them. But you can help!

We want to show the world how to fix anything. Nobody knows how to fix everything. But that's OK, because most people know how to fix something. Maybe it's just a stapler. Or a bicycle. Or a cell phone. What do you know how to fix?

Show us what you know. Collaborate with our community. Together, we can fix the world! (OK, maybe just the world's gadgets. You know what we mean.)

For example, this step-by-step guide shows you how to replace the battery in an iPod.

We're working on creating much more repair information for devices of all kinds. Our philosophy is that if you can't open it, you don't own it. Once you disassemble, repair, and put back together your laptop or iPod, you have a much better understanding of what goes into it. It's astounding how just 20 minutes of work and $10 can make an iPod good as new -- but most people have no idea that there are instructions available to make the work easy. And why should they? Apple tells everyone that the battery isn't user-serviceable. That's where we come in, filling the ecosystem hole that Apple created by manufacturing a device without an end-of-life maintenance and disposal strategy.

The problem with e-waste 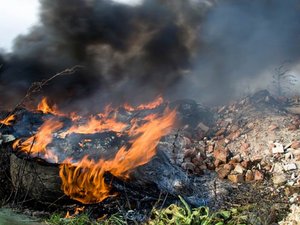 Many people don't know that electronics have all kinds of nasty chemicals in them. For example, the glass in a typical CRT has about ten pounds of lead in it. Most flat panel displays contain significant amounts of mercury. Plastic cases come coated with fire-resistant chemicals called poly-brominated flame retardants, some of the nastiest chemicals around. You can't just throw those kind of chemicals into a landfill because they contaminate soils and leach into the water supply...