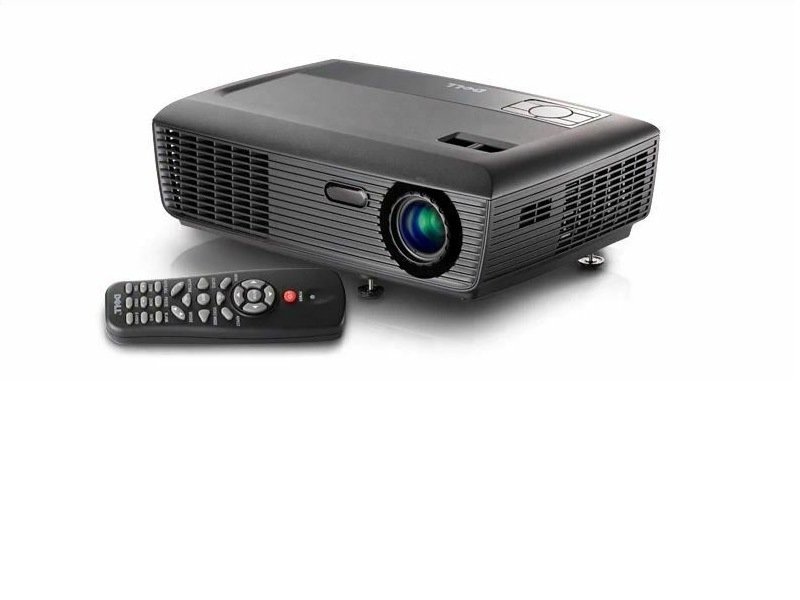 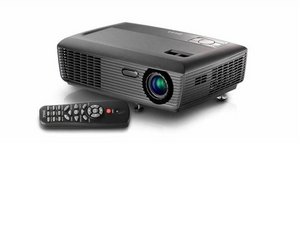 Projector introduced in 2009 by Dell and discontinued in 2015. NOT HDCP COMPATIBLE!

The Dell 1210s was introduced in 2010 by Dell, and appears to be a re-branded Optoma projector. The projector lacks DVI and HDMI, and is not HDCP compatible. In addition, the projector only uses a 800x600 resolution Texas Instruments DLP chip. This was a lower end unit when it was originally sold, and remains low end. However, it is a good option for a midrange projector that is a better option then the modern units you can buy new from places like Walmart.

IMPORTANT: This projector will work on modern devices with a VGA to HDMI cable for non protected content, but WILL NOT WORK WITH HDCP ENFORCED CONTENT (Ex: Netflix/Hulu and some Wii U games). This projector is not ideal for users who rely on working HDCP support - look for something else if you need HDCP support.

The projector can be identified as a Dell 1210s by checking the rear plate for a printing that says Dell 1210S.

IMPORTANT: Units from 7/1/2009-6/8/2010 are known to fail due to DMD issues - especially early ones! Later production 2010 ones are less failure prone, but may still fail. Newer units from 2011-2015 are prone to heat failure, but not prone to failure due to defective DMD chips.

As this is a DLP projector, this model is prone to DMD failure. This is not a Dell specific issue, especially on poorly maintained ones. HOWEVER, the early units are more prone to failure due to bad DMD chips that fail due to possible manufacturing issues. Proper maintenance of the fan in the bulb compartment can reduce the risk of failure. However, if the DMD does fail, many of them cost as much to replace as the actual projectors - even used. As such, improper maintenance may lead to premature replacement of a projector with lots of life left otherwise. Before purchasing one (espeically as-is), VERIFY the condition of the DMD chip (or make sure you can absorb the cost). It is also recommended to find one that shipped AFTER 6/8/2010, although this isn’t always possible or practical. Not all of them fail, but they are higher risk.

If you see an image like this, it is typically due to a bad DMD chip: 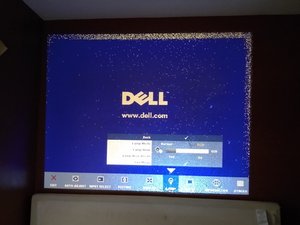 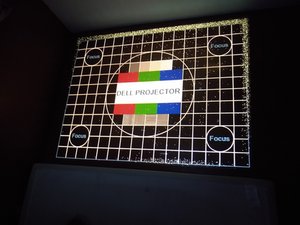 The page author owns two - one with a bad DMD chip and the other being in the “at risk” range, but working fine. While it is repairable, it is a generally cost prohibitive. In many cases, the used ones you can purchase to replace your bad 1210s come with fewer (or similar) original lamp hours, and you have a spare bulb if the bad unit still has a reasonable amount of life left on the lamp it came with.

On the bottom of the projector is a service tag, like Dell’s computers - along with an Express Service Code. This can be used to quickly check the ship date and identify these early high risk projectors. It is on the bottom projector and looks like this:

Note: The 2nd blurred sticker is not on all units - it is an asset tag from the previous owner that was never removed. I kept it attached so I know the owner if I ever repair it. 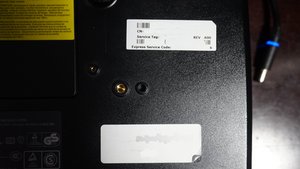