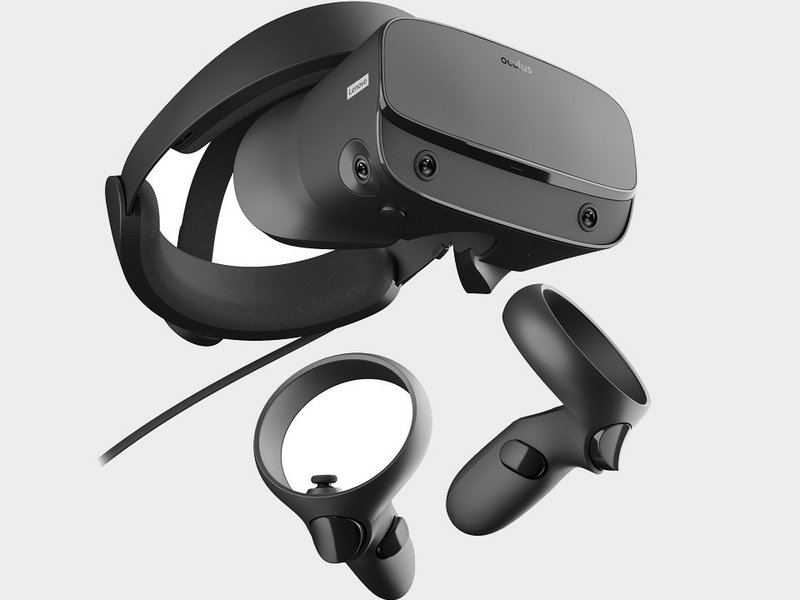 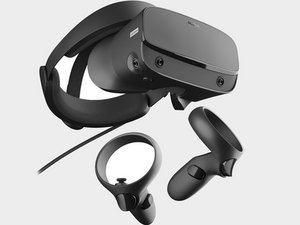 The Oculus Rift S is a PCVR headset with 6DOF tracking using cameras located on the headset itself.

The Rift S uses a single fast-switch LCD (liquid-crystal display) panel with a resolution of 2560 by 1440 pixels. The Rift S delivers higher detail images with reduced screen-door effect (a visual artifact of displays where the fine lines separating pixels become visible in the displayed image). Rather than the headphones included in the Rift CV1, the Rift S includes a pair of speakers integrated into the headband. The system uses the same second-generation Oculus Touch controllers used in the Oculus Quest system, which are similar to the controllers used by the Rift CV1. The controllers include a tracking right on the top instead of on the bottom so they can be seen by the headset’s built-in cameras.

The internal hardware of tens of thousands of Oculus Quest and Oculus Rift S Touch controllers are known to sometimes include physical ‘easter egg’ labels with hidden messages. The messages include phrases like ‘This Space For Rent’ and ‘The Masons Were Here,’ as well as ‘Hi iFixit! We See You!’