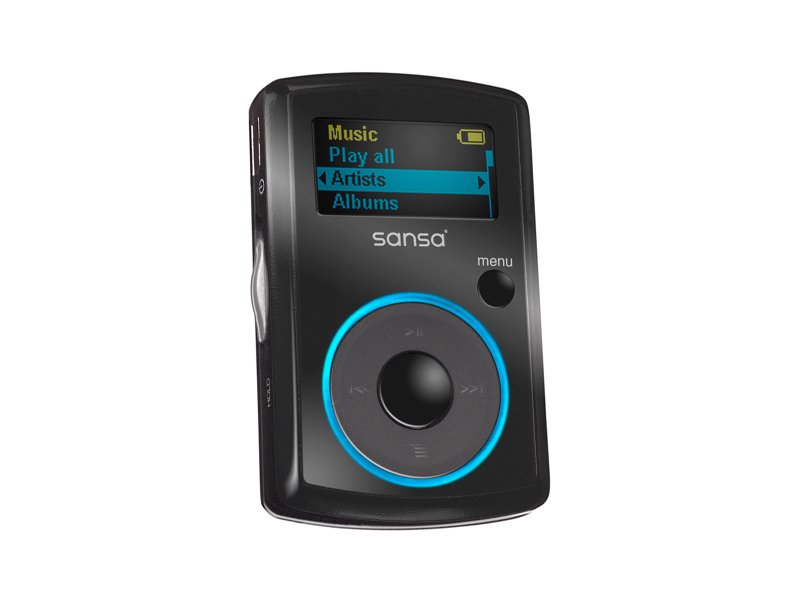 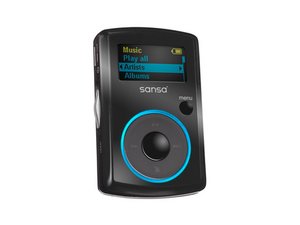 The SanDisk Sansa is a line of 2 to 32 gigabyte flash memory-based portable media players produced by SanDisk. SanDisk is a brand of Western Digital for flash memory products, including memory cards and readers, USB flash drives, and solid-state drives. SanDisk was purchased by Western Digital in 2016.

The Sansa Clip, also known as the m300, was released in October 2007. The Clip is similar in size to the second-generation iPod Shuffle but includes a removable clip and four-line OLED screen. The Sansa Clip is a flash-based player that has an FM tuner/recorder and a built-in microphone. The Clip was sold in capacities of 1 GB (available in black only), 2 GB (available in black, blue, red, and pink), and 4 GB (silver and black). Black and silver 8 GB versions of the Clip were released in November 2008 in the United Kingdom.

Partially through the production of the Sansa Clip, SanDisk updated to a new hardware design, which moderately improved battery life by including a more efficient ARM9E processor rather than the previous ARM9 core. The update required different firmware upgrades, but there were no major changes to the device’s software. The device (firmware 01.32+) includes five folders: Audible, Audiobooks, Music, Podcasts, and Record.