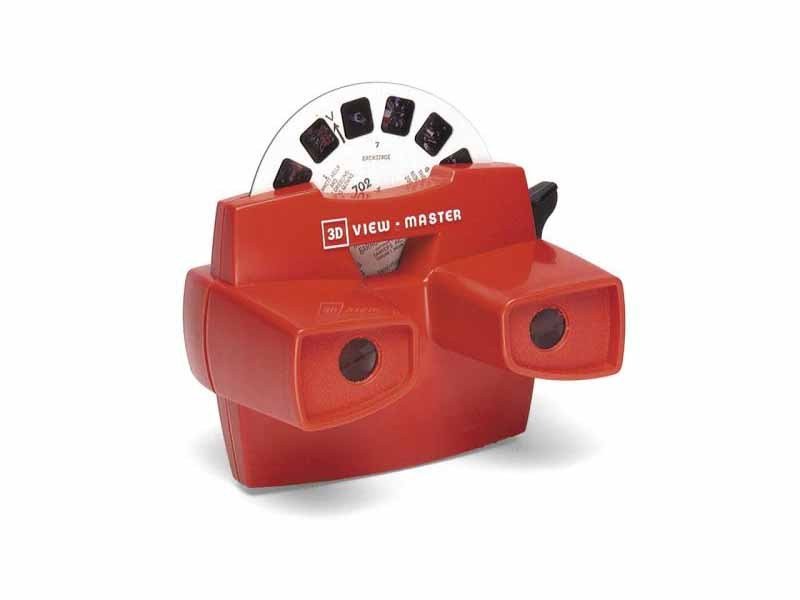 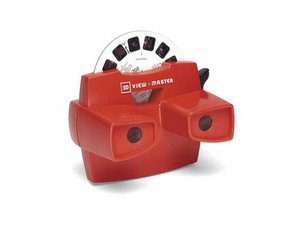 Introduced in 1939, the View-Master is a device for viewing seven 3-D images (also called stereo images) on a paper disk.

Introduced in 1939, View-Master is a trademarked line of special-format stereoscopes and corresponding View-master “reels”, thin cardboard disks containing seven stereoscopic 3D pairs of small transparent color photographs on film. Originally manufactured and sold by Sawyer’s, the use of small high-quality photographic color images in the View Master system was made possible due to the arrival of Kodachrome color film four years prior to the View-Master’s release.

In its early reels, most of the images were tourist attractions and travel views, meant to interest users of all ages. Since the original View Master, there have been several iterations and now most View-Master reels are intended for children. The seven stereoscopic images are made up of 14 film transparencies held by the View-Master reel. Then, the components of each pair are viewed at the same time, one by each eye, simulating binocular depth perception.

The View-Master was originally intended to serve as an alternative to the scenic postcard and was sold at photography shops, stationary stores, and gift shops. The United States military saw potential in the View Master to be used for personnel training leading to its purchasing 100,000 View-Masters and almost six million reels from 1942 to the end of World War II in 1945.