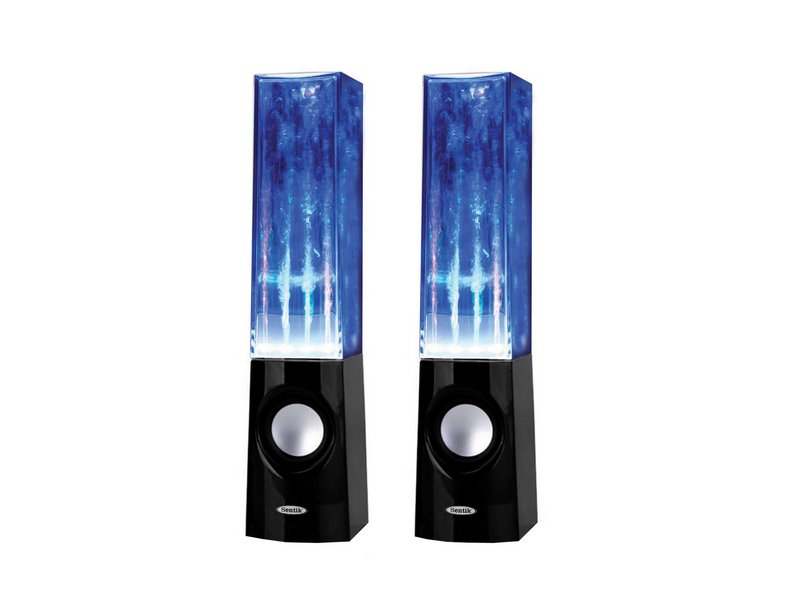 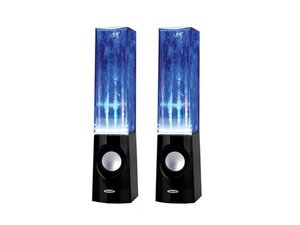 Dancing water speakers include two parts, a lower part made of hard plastic and an upper part filled with liquid or non-flammable oil. The lower portion holds the speaker’s drivers. The upper portion of the speaker is usually made of transparent glass or plastic that allows the user to see the speaker’s colorful water jets. A pulse-reactive motor with magnets placed on the upper side is included in the lower part of the speaker. When connected to the speaker, the motor spins with the beat of the music. A fan with a magnet placed on its underside is placed in the upper part of the speaker. When music is played, the motor spins, causing the fan to also rotate. When the fan spins, the pressure builds inside the portion of the speaker with the liquid, causing the fluid to jump through nozzles, creating water jets. LED lights are directed towards the water jets so that the liquid is illuminated.