Replacement parts for your PlayStation 4 Pro model to fix your broken console! 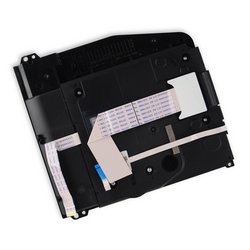 Three years after the launch of the original PS4 in November 2013, Sony released the PS4 Pro—the first time the company has ever done a significant mid-cycle hardware upgrade to one of its signature gaming consoles.

The Pro's updated system offer more than double the graphics performance of the original PS4. However, Sony has stated that all games are compatible with both versions of the console. The Pro version aims to provide enhanced resolution gaming for existing and future games, and supports 4K video streaming. Although it is capable of playing standard Blu-Ray discs, the Pro does not support 4K / UHD Blu-Rays.