Replacement parts for your Microsoft Surface Pro 5 model to fix your broken tablet! 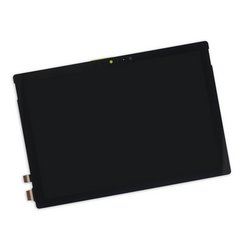 The Surface Pro 5 was announced on May 23rd, 2017 alongside the new Surface Pen, and released as the Surface Pro (2017) on June 15th, 2017. It is available in six hardware configurations as combinations of CPU, RAM and SSD’s.

Although the new Surface Pro appears to have a lot of configurable options, those options are only available upon purchase since the CPU, RAM and SSD are not upgradable independently. Do not expect to be able to purchase the low-end model and upgrade components to match the higher end.