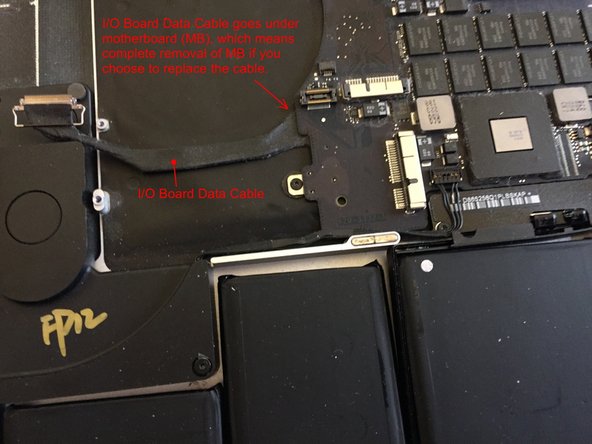 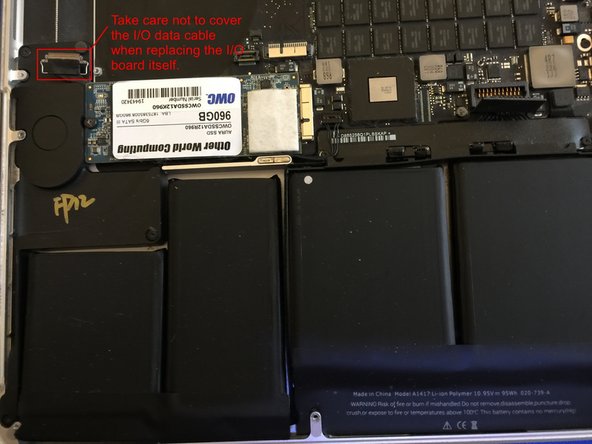 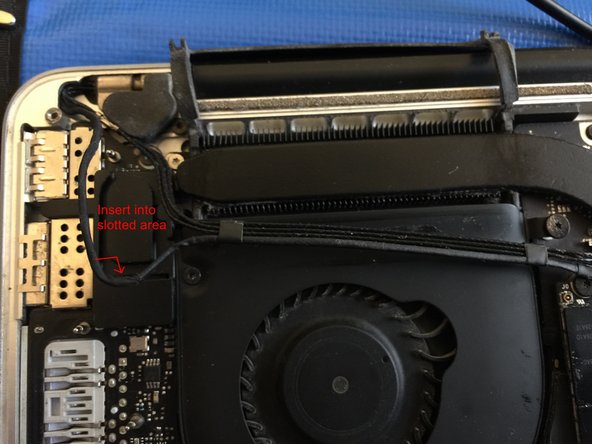 USB port was completely unresponsive despite several software reset and other attempts.

Everything was quite straightforward with the guide; however, one aspect was not documented. The I/O board *data* cable replacement has no guidance. After looking at the problem, and because I did not have reason to suspect it was broken, we decided to forgo replacement. The decision was correct. Unfortunately, that means we spent an extra $19 we did not need -- it had been obtained because the parts list indicated it was necessary. We had opened the parts packages up before starting. So I am not sure it can be returned; although, as a simple cable it is unlikely we could have damaged it.

On the other hand, the I/O board cable was needed as it is fairly fragile and removal may or may not leave it in a decent condition.

Buy some double sided tape to help stick parts back down.

I have some photos detailing routing of the camera/airport cable.

Be careful not to cover the I/O board data cable as you put the I/O board back. I had to remove the board to extract the hidden cable.

The iFixit magnetic board helped a lot to keep screws in the right place. Be sure to put them on the board in a manner that helps you know which goes where.