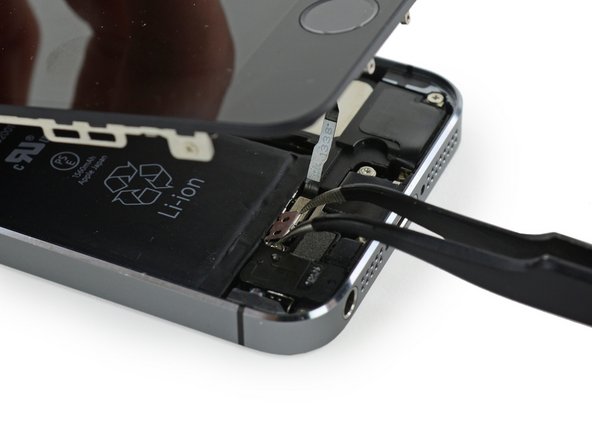 Originally I bought a lightning connector flexboard module from some random seller on Amazon. It corrected the original problem (phone would not charge, even though it claimed it was charging, battery life would stay constant or very slowly decline while plugged in but would never actually charge), but the device no longer connected to cellular networks afterward. As the lightning connector flexboard module also includes an antenna—what the tiny coaxial cable goes to—and the problem began right after the repair, I assumed naturally that the replacement flexboard was at fault. I ordered another from another Amazon seller and it arrived sealed in an unopened bag, but clearly used. By this point I had wasted more money on junk from random sellers on Amazon than it would have cost me to just buy from iFixit in the first place, so I returned both and ordered from iFixit. Upon installing the iFixit part, the device works perfectly!

Great. I really wish that the adhesive for the microphone gasket and the double-face foam tape piece for holding the home button ribbon cable down on its metal bracket were included, but oh well, I'll live without those.

Just buy from iFixit in the first place. I've never been sold a bad part by iFixit, but Amazon and eBay sellers are always sending me junk. Is the price higher on iFixit? Usually. Do I know I can rely on the part to work the first time? Yes. Worth it.

I like to use a fridge magnet turned upside down to organize all the tiny screws and shims and clips when working on these devices. It allows me to keep the parts in the same positions they came out of the phone in so that I know where they go back.