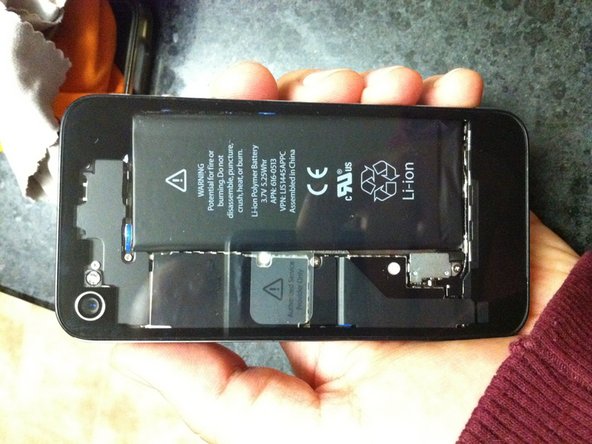 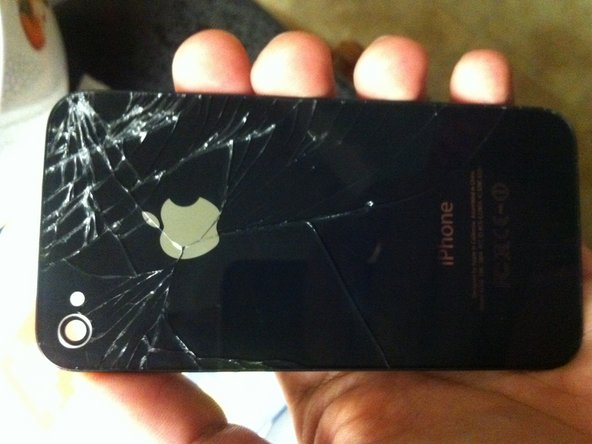 funny, i had a dream that i had broken my iPhone 4 and that very morning i ended up busting the back panel...

with that being said, this would be the reason why i needed to replace it.

the repair process was interesting. for some reason the #00 driver i got from Home Depot didnt seem small enough for the screws to i ordered one of ifixits drivers when i got the replacement panel. that didnt apear to fit well either.

after trying a few times and stripping one of the bolts more then those ladies you find at Deja Vu i was able to get the screw out and the back panel off. but not before i called ifixit to let them in on my little dilema in which the resolved in a jiffy by sending me replacement screws when they didnt have to. THANKS GUYS!!

once i got the panel on it was smooth sailing. well, until i was peeling off the plastic film from the lens. i suppose the lens and that plastic film created a strong friendship during the shipping process because they didnt want to sperate at all. but this was nothing that ifixit couldnt fix again. after another quick call, they were sending me a replacement back to my replacement back. double kudos to you guys again.

overall, once i wasn't stripping screws like i were desperate for dollar bills i was able to get the new panel on so easily that even a caveman could do it.

thanks again to Mike, the ifixit operator who sounds like who could have previously worked for one of those 1-900 numbers...you made this entire experience that much better.

here's some advice, dont strip your screws, if you do, well then your effed. other then that, use some of that elbow grease your grandparents used to tell you about. cause those little screws are stubborn.