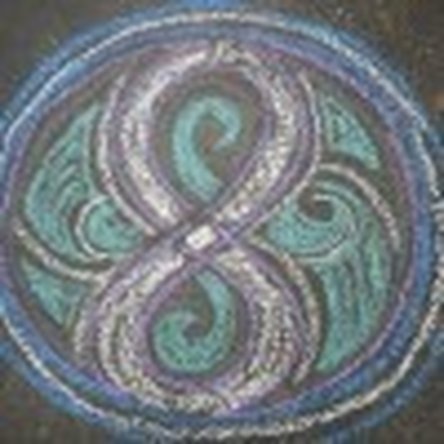 My display has intermittent partial dimming and color distortions?

The color and dark/bright distortions are interesting: Which parts depend on the colors displayed on the screen. My red wallpaper stays almost the same color (maybe slightly paler), while very white bits go black and very black bits go white.

Short-term Fixes: If I pull forward on the lower left corner of the display (flexing the left hinge), it fixes it. The problem is definitely sensitive to opening and closing the case.

What I have tried: I have already replaced the inverter cable, then the inverter. The behavior is still exactly the same.

I had not particularly shocked the computer recently when this started; in fact, I'd just started using a protective carrying case.

Details of my system: You're going to ask me for numbers from under my case; they've all worn off. :P The only "ID Your Mac" choice that fits my processor and hard drive is the 2 GHz (Core Duo) MacBook 13".