My iMac will not turn on. Is power supply out?

After a couple of power bumps to our home's system, and power was restored, all home electrical panel breakers were still in the on or untripped position. The 6 outlet power strip, my iMac was plugged into, was still on, again, untripped, but my iMac will not turn on. I have tested the power cable from the power strip to the iMac, it's OK.

John Poen, what are the last three digits of your serial number. That will help us to properly identify your computer.

wow. worked for me. I thought I was dead. thank you for the simple fix

John Poen, here is the trouble shooting guide from Apple. It should help to narrow it down.

The iMac (20-inch 2007) has four built-in diagnostic LEDs on the main logic board that can help you to troubleshoot the computer. The four LEDs are located to the right of the memory slot, under the hard drive data cable. 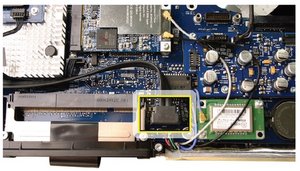 It may be necessary to carefully remove the hard drive data cable to view the LEDs. 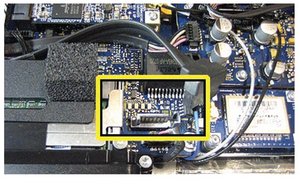 The Computer Will Not Turn On. The Display Remains Black and There Are No Sounds From the Fans or Drives.

1. Verify the power outlet is good. Plug a different device into the socket to ensure there is power, or plug the iMac into another outlet. Does the iMac power on now?

3. Check the connection of the power cord on both ends. Verify that the power cord is securely plugged into both the AC outlet and back of the computer. Does the iMac power on now?

Yes: You may have a loose fit to your power cord. Replace the AC power cord and test.

4. Follow instructions in the General Information chapter to reset the SMC. Does the iMac power on now?

5. Remove and reinstall the SO-DIMM memory modules, located in the bottom of the computer. Does the iMac power on now?

6. Remove the memory access door and front bezel to gain access to the four diagnostic LEDs. See “Diagnostic LEDs” in the General Information chapter for complete instructions on this procedure.

LED #1 is On: This indicates that the power supply is getting good power from the AC outlet. Go on to the next step.

LED #1 is Off: This indicates that the computer is not detecting AC power. If both the AC outlet and the power cord are good, replace the AC/DC power supply. If the issue persists, replace the AC line filter.

8. Press the power button. Check to see if LED # 2 comes On, comes on momentarily, or stays Off.

LED # 2 is On: The Power Supply is functioning. Go on to the next step.

LED # 2 comes on momentarily or stays Off: Replace the Power Supply.

Yes: The power systems of the computer are working correctly. See “Troubleshooting No Video” in this chapter.

sir no one of the our led was lighted what does it means? thanks

" LED #1 is Off: This indicates that the computer is not detecting AC power. If both the AC outlet and the power cord are good, replace the AC/DC power supply. If the issue persists, replace the AC line filter. "

sir thank you for your response....

sir, where can I find the AC Line filter?

there is another six small wire includes the switching for power on button. Is there another output voltage other than the 12 volts? please sir help me thanks..

There are several things that you may try to fix your problem. At 1st, try to plug it somewhere else. Then, try resetting your SMC. To do that :

You may know that power supplies on Macs are pretty strong. I'd say that your MotherBoard is dead if the previous reset does not work. You may test each of these components before replacing one (of mabe them both).

Hoping to have helped you,

Don't forget to give us some feedback !

Thank You! This brought my I-Mac back to life.

informative, will need to have imac checked out.

Slight powewr surge at the house last night. iMac dead this morning. Thanks for a quick and helpful way to keep me out of the Apple Store! Was dreading having to replace the power supply on my mid-2007 iMac. Had tried plugging and unplugging the iMac with no luck. The SMC reset did the trick! THANK YOU!

Thought I was looking at a power supply problem. This worked and to bad I didn't see it before for I replaced the iMac. Now I have two of them. What to do need a network maybe?

This was awesome feedback. We are installing solar panels and they disconnected our electric power here at my home, without giving me enough time to turn my computer off and unplug from the wall. Then it would not turn on, i tried everything and then called MAC, they never told me to do the steps you have recommended instead, I was told to bring it in to mac and most likely it was my mother board that needed replacement which meant $$$$$! I decided to do my own searching and found your feedback. I am so happy I did, I tried your steps above and unplugged it from the unit and hit the power button for at least 5 seconds and then replugged it and "IT IS ON" thank you! I can't thank you enough for posting this advice. You saved me a drive to the MAC store and big $$$$.

Here's a diagnostics manual. Very comprehensive. Sorry if it's a couple years late, but maybe someone else has the same problem.

I ended up replacing the power supply. Cost about $150

Just a thought after repairing my via card (thanks to youtube, the comp booted up then shut down , this happened a few times, after finally double checking all connectors again was fin for a week then on a reboot /start up all the fans kicked in , so let it load and did a shut down, the fault was the power lead , believe it or not, due to the initial problem heat was a problem, the main s lead had suffered , after replacing with my guitar amp plug line (common Kettle lead as i call it) fired straight up , the other issue was slow performance this is now gone, if you have poor power its obvious the rest will suffer, for under a fiver worth replacing , before panicking, seams to be quite common if you have had a previous problem , hope this helps, some one

iMac 27" Vga card with lines and shuts down, look at the youtube oven trick it works!!!!, secondly this problem is over heating and can cause or the cause can be the power cable, i did the via fix and the screen was fine but had some shut downs, reboot fine and the again after checking everything again week later it shut down and was dead , the fault was the main power lead ( ie Kettle lead) had suffered heat inside , i tried my guitar amp power lead and fired straight up, only by chance did i come to this as had this with a marshall amp kept shutting down and over heating due to poor power supply conductivity hope this helps some one the cost under a fiver worth a try first.