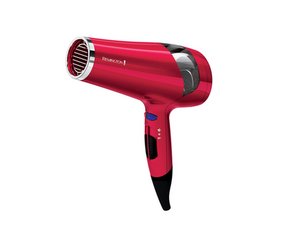 no heat comes out but it's on, just blowing cold

well that "short, descriptive question"statement says it all.

I'm an elderly woman, don't have a solder thingy. is there any hope?

My chi pro low EMF no longer blows heat .. I’m devastated and would love it fixed but wondering if is is affordable? I’m on a fixed income so Amy feedback would b awesome please!

Ok, here’s why that works: first off, stop banging the cooling switch, that’s not the issue. The issue is a small thermal cut off switch that is mounted in the barrel of the hair dryer and what happens is you get a little bit of lint build up.Banging the hair dyer works (sometimes) because it dislodges the lint. If you’re going to whack it, hit the barrel. Here’s a couple better ways to fix it though: try using your husbands air compressor into the barrel to blow the lint out of the switch. You may be able to see the switch mounted on the inside of a fin, the heating element (wire) connects to it. The best way to fix this would be to remove the screws and take it apart (unplug it first of course), to the point of completely exposing the coils in the barrel. Then use a small tool (pin, toothpick) to slightly lift the bimetal strip and blow out any lint stuck in it. If you have a multimeter, you can check each side of the heating element and confirm continuity after cleaning.

It worked for me!! If it's a stand up dryer and you have a blow dryer, use the cool/ high setting to blow in the motor every way you could. I was about to spend $200 to fix mine until I saw this post. In less than a minute it was fixed and heat is back on full blast. So THANK YOU!!!

I just did mine works great !!!!Thanks

OMG, Thank you so much!! I did exactly what you said and the dryer is now blowing hot air. Wow, I am so impressed, pleased, can't believe it!!!

Basically a hair dryer has three major components; a switch, a fan and a heating element. The switch turns it on/off, modern hair dryers often have cold buttons as well as speed switches. The fan blows cool air from the back of the hair dryer to the front. The heating element warms the air as it passes through the front. It sounds like the heating element has gone out on your hair dryer since it's still turning on and blowing, it just isn't warming the air.

Someone put together an iFixit guide for replacing the heating element in a hair dryer but the model and process will likely be slightly different for you.

It does sound like it will involve soldering and to be honest I'm not sure where you could even acquire a replacement heating element. With that in mind this might, and I hate to say this, be a situation where replacement is the better option.

Before replacing though you might check some general electronic repair shops in your area, they may be able to repair it for less than the cost of a new one.

Hopefully it works out for you!

There's also a thermal fuse inside so that the thing doesn't overheat and catch fire. If you don't keep the lint screen clean, they will overheat and open electrically. I don't think I'd bother fixing it unless you have the know-how to do it yourself, as replacing it wouldn't be that much.

This has happened to me on two different models. If there is a "cold blast" feature, it may be stuck. Unplug hair dryer and check around the cold blast button for a small screw.

With a small screwdriver, loosen the screw only about a 1/4-1/2 turn. This should be enough to loosen up the cold blast button.

When I turned my hair dryer on, I had heat once again.