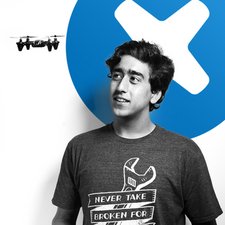 A friend of mine spilled coffee next to her laptop, and some of it seeped into the lower case on the left side through the ports. She said it shut down immediately and she didn't attempt to turn it back on, but brought it to me within half an hour of the spill. I immediately removed the logic board, brushed it thoroughly with isopropyl alcohol, and (carefully) dried it with a heat gun within an hour of the spill, so I think corrosion is minimal.

The laptop will not turn on consistently now—I managed to power it on once by shorting the power pads, and instead of running through some troubleshooting steps, I turned if off to see if I could get it on again (I couldn't—silly me). The computer did boot and the OS loaded.

Where should I start looking for problems? The light on the magsafe adapter glows orange when the battery is plugged in (and the battery status LEDs on the side work fine), and the magsafe connector glows green when I unplug the battery connection to the lobo. The power button on the keyboard is useless, but I don't think the keyboard got wet since the coffee seeped into the case from the bottom.

If it is turning itself off, it could indicate liquid is still present on the board, which could not be cleaned out using a brush. Try to take it to someone who will be able to ultrasonic clean the board, to ensure it is thoroughly cleaned.

Try booting without the battery disconnected, and also feel the logic board (mainly the chips) to see if anything is getting hot. If you can feel heat (coming from a chip other than the CPU or GPU obviously) the chip or a component on the same path to the chip is being shorted to ground. Replacing the chip at this point should resolve the issue, and if not, you will need to replace the component which is bringing the signal to ground.

Where was the liquid damage originally, are you able to send across a picture? Have you also removed the whole logic board, or tried a test keyboard to ensure this is not the issue?

I bit the bullet and purchased an ultrasonic cleaner. I ran the board through the cleaner and got the laptop up and running in a couple hours.