Has anyone seen or done a key replacement on one of these newer type keyboards or know of a guide?

Is there any new information on this?

@kaykay This is going to be a on going problem and we really need a supplier of replacement keys and hinges for these. Replacing an uppercase for one missing key is not a viable option.

@kaykay also please take note of Jon Ridley below. "The Backyard" has long been recognized as the leader in the repair industry of Mac keyboards.

@mayer thanks for the head's up!

Thanks mayor for your feedback on the other post. Its appreciated.

Keycap replacement is straight forward, as its a similar buttery fly scissor clip design to the 2015 and 2016 12" Retina MacBook range (the flagship butterfly model). Apple have gone a different route on these though, and are only providing the keycaps themselves as sets, so they no longer include replacement butterfly clips. This means that the only way of getting the butterfly clips is to get them from recycled or scrap top cases. We are working on getting some stock in, but it takes time.

Frustratingly, Apple have changed the design of the butterfly clip slightly on the 13" and 15" MacBook pro retina ranges (2016 and 2017). They are also identifying the Silver as a different set to the Space Grey.

(in reality, the difference is so subtle that its hard to tell unless you are comparing them side by side. The Space Grey has a slightly greyer tone to the silver keycap set, which is a darker black)

As of now, the only sets we can offer are the new full sets that Apple provide, so the set doesn't include the butterfly clips, but as soon as we get some full scrap top cases in, we'll start listing the keys with the clips individually as well. The link is found below.

But the above comments are correct when they suggest that the keyboard is a pain to remove from the top case. I've not attempted it yet, as the 2012-2015 retina ranges can be done, but are a nightmare job because of the metal lugs holding the keyboard in place.

But we will always strip things down as far as possible to make things more cost effective. So on the retina 2016 range, the touch ID/power button will be sold with the logic (as they are linked on a hardware level), the top case will include the keyboard, the trackpad will be sold separate, as will the battery.

Apple sell the top case, battery, trackpad and keyboard as one service spare, which is extremely expensive. 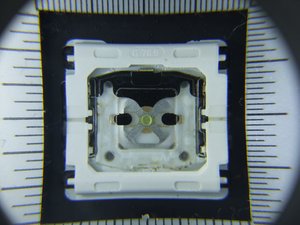 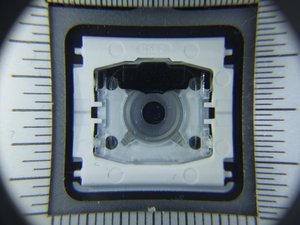 Jon, thanks so much for the info. First, would you mind doing just a bit of work on your profile and register your user name so we can contact you with the @ designation. For example I want Dan Jaffe to see this post so I put in @danj and he will now get a notification to look at this post. Next, have you published a guide on replacing these keys.

I'll look to get that more setup. Sorry, i have been very absent from the forums since initially setting up my account, and have only this week found the time to get back on them, so the setup process has not been completed fully!

I'll see about getting a guide put together if i can get the time... Time being the key influencer... but its certainly something that we ourselves could use on a regular basis for our customers too... thanks

Seems like there has been a recent fix issued by Apple that makes it easier at their stores to fix individual keys. I'm not sure if IFixIt will be issuing a similar kit, but the Apple Tech I worked with was done in less than 5 minutes. I'm not sure what the kit consists of other than extra keyboard keys, some compressed air possibly, and a thinner spudger? Either way, with it being such a common problem it seems, it would be nice to have a way to easily fix it rather than haul it to the Apple Store everytime a key is sticky or stuck.

If you have a broken scissor clip, apple will charge you for a replacement top case unit.

The new 'tool' kit that they have released with their keycap sets is nothing more than a plastic tool with a pack of strong double sided tape.

You have to put a double sided tape pad on top of the key you want to remove, then stick the other side to the plastic handle, then pry it off at an angle.

This does make lifting the key easier, but as soon as you put the tape on the keycap, it has to be trashed because it ruins the surface. so if you are wanting to lift the key to clean under it, or to re-mount it again, there is no option.

It does alleviate the pressure of damaging the key when removing it, but these keys are really easy to lift as long as you know which end to lift from to prevent damage. A guitar pick is the best option we've found.

This is the kit:

I believe theses keyboards are still not available . The keyboard itself is a PCB and is and a nightmare to remove.

Right now I am just looking to see about replacing the different keys. The flimsy metal plate will bend if you press down on the keys hard. Thought I'd ask before messing one up.

Keyboard only replacement seems to be not easy.

Can you show how to remove the white hinge ? I have no clue how to do it and dont broke anything else

the butterfly clip isn't really designed to be removed, and you cannot source replacement ones without taking one from a different keyboard if yours is broken or damaged.