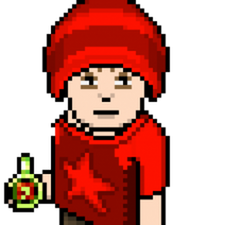 Orange light flashing when plugged in

so i brought it home make my own charger for it, of course the pins are so tiny and close together ive had the wires touch eachother while it was charging but fixed it right away,

When i try to power it the blue power light comes on for 1 milisecond then turns out and the charging light keeps blinking,

i dont think i fried anything in the mother board but i dont have a tiny screw driver to take the whole thing apart to test things,

but now i have the right charger and its still blinking away with AND without the battery installed any one know how to fix this?

If you managed to touch the two charging cables with the console plugged it, then it is likely that you blew a fuse on the motherboard. You will have to take your console apart to verify this.

Follow this guide until step 10 to get to the motherboard. Then check for any missing/ burnt components near the charging port.

ok thank you, can i leave this question sitting till i order a new battery that comes with the right screw driver?

but if this is the prob, and not the bat, ill come back to this after i have checked it out

This was NOT the answer i got my new motherboard today and the gameboy still flashes orange light while plugged in, and no turn on......