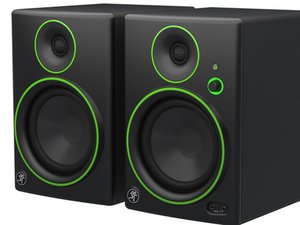 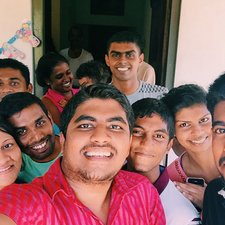 No audio coming out of Mackie CR3 Studio Monitors

I've been using my Mackie CR3 monitors with my Mac with no trouble for about 2 years now. Suddenly when I turned on the computer today I realized that no audio is coming out of the monitors.

The monitors are powered on (the green light surrounding the volume knob is on.) And strangely, when I connect a pair of headphones to the Aux out port in front of the active monitor, I can hear well through the headphones.

Does anyone know a fix for this?

Thanks in advance for your help.

I had this issue with my 5 year old CR3’s, (the odd thing being the slave speaker worked and the powered didn’t) …stumbled on this forum and indeed, “exercising” the headphone port with a 1/8” headphone plug in and out worked like a charm!

Hi Guys ….. a REALLY big “Thank you” to the experts out there taking the time & patience to share their knowledge to with electronic lay people like myself !!!

All I have to do know is find why there is a fairly loud ‘low pitch’ Hum coming from both speakers when power supply is ‘on’ but front on/off volume control is off ..... any ideas ???

Will the headphone jack still work if you cut pin 5?

The headphone thing didn't work on mine but what did work was spraying oxide clean into the speaker selector and flicking the switch 10 times.

I think a lot of these speakers have ended up on a junkpile because of lightly corroded contacts.

I picked up a set of these from a wholesale liquidator auction site and had the same issue. I tried replacing the amp chip but no good. Finally as a last ditch effort before throwing them away, I cut pin 5 on the amp chip (TDA7265) which was the mute pin. I get sound from the speakers now, but they don't mute when I plug in headphones, which is fine by me. Everything else works as intended it seems.

Probably not the ideal fix, but it works for me.

how did you open them up? im stumped

On the powered speaker, you should just have to unscrew a few screws. There's two cables, one for the volume control knob and one for the headphone jack, that you will need to unhook while sliding the electronics out of the speaker. Make sure to mark them so you know which way they need to be plugged back in.

Pin 5 is the 3rd pin from the left, that you can see from the top. Cutting this pin worked a treat to solve my problem. Looking at the datasheet, the amplifier could be in off/standby/mute accidentally, cutting the pin seems to force the input to 0v, which triggers the amplifier to turn on. This would explain why turning off the speaker will make audio come out briefly -- the headphone jack is not muting the amplifier, but the off/standby/mute circuit is behaving improperly. I notice the amplifier gets quite warm inside the sealed cabinet, so it could be due to a component value going out of spec over time. (I bought mine second hand).

After reading a couple of replies saying you can plug in and remove something to the headphone jack quickly and it would resolve, I purchased a new TDA7265 chip from digikey to solder in and give it a shot. Once I got the speaker open I noticed that two capacitors had failed, the entire casing had come off of one.

I'm not sure if the caps were causing the original issue or not, but I decided it was too much effort to swap out all of the caps on the board and tossed the speakers. The speaker still seemed to work fine even though the caps were bad, but I didn't want to risk other failing components potentially causing a fire hazard.

Could you explain the cutting pin 5 in lay man’s terms? I’m about to throw mine out but saw that people had the same exact issue as me where it’ll turn on and play fine through the headphone jack when supplied a source, just not through the speaker. I’m not sure what a pin is or exactly what to cut and I’m about to toss them anyway, but figured I’d give this a go. Thanks for the help.

I. Eh. Hooow, it actually worked!! I've been having the same trouble for some time, got a new cable and everything, but this solved it... Thanks so much! But is this some temporarily solution, like are my mackies soon ready to retire?

YES! That was the simplest fix and without hassle. There was a piece of audio cable stuck in my Red (+) connector, that I originally thought would resolve the issue. But it still remained, until I plugged the aux cable into both the headphone jack and the aux jack, which resulted in a crackle of the powered speaker when I attempted to replug the cable back into my computer to assess the outcome which was a clear sign of "YES".

Thank you Reeltime Productions for the concise, clear and simple answer to the question at hand.

This worked for 10 minutes. Then stopped working, and retrying it didn't help :(

Hello, i did this. It worked. But there's a grounded sound that came up. Heeeelp.

To comfirm, when looking at the chip attached to the heat sink, the pin I have drawn a yellow line from in the diagram (the 3rd long pin in starting from the right hand side (at pin 1) with the heat sink behind the chip - you will notice pin 1 and pin 5 are both long pins forming a total of 6 long pins and nesting adjacent (underneath) each of these long pins are 5 smaller pins forming a total of 11 pins) is DEFINATELY the one you cut if having this no sound through the main speaker issue! It simply means the speakers won’t mute when you plug your headphones into the jack. 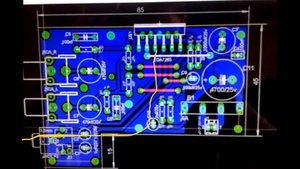 Please see pin 5 in the diagram below as explained above:

i have same problem on my CR3..solved by removing the R88 (1k ohm resistor) and changing with new one…cutting pin 5 of the ic chip will deactivated mute circuit and resulting popping sound when turn on/off main switch

How did you manage to replace it? That black gunk everywhere makes it impossible to detach the board from the back panel. I identified the components to replace on mine, but cannot work on the darn circuit board.

no need to detach the board from the back panel...after you identified the resistor from upper side the board go to copper side and then desolder it from there..my suggestion change it with bigger wattage (at least 1/2w )..good luck

The real problem is sometimes further in the circuit. Like ‘forest’ was saying in another topic I fixed a couple of them by replacing only the z4 zener diode. It gets really hot during operation, and stuff just breaks:

Had the same issue, caused by the heat around Z4 diode. Fixed by replacing the dead cap C74 (100u/16v) and the diode Z4 (12v 1W zener 1N4742), check maybe you need to replace more components, R2 for example. This area of the pcb is generating “mute” signal for the amp, so no wonder the trick of cutting “mute” pin of tda7265 works sometimes

If you want the simple solution. you don't have to cut the pin (messy), just cut the jumper in the red box: 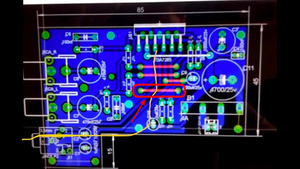 As spraying Contact Cleaner only fixes the issue for a month or so for me, I went in with a Multimeter, and figured out how to just bypass the switch altogether. Makes your ‘selection’ permanent, but not a big deal for keeping the speakers out of the trash. I clumsily wrote my first guide ever on how to do it yourself, hope this helps others: Mackie CR3 CR4 L/R Speaker Selector Bypass Labeled ‘difficult’ because it requires soldering, but if you are comfortable with that, this is a quick and easy fix.

fwiw - for my Mackie CR3s: The two big power supply smoothing caps - the 4700uF caps, C76 & C77, were obviously bad as they were bulging. And no surprise given the heat the power supply generates, esp as it's enclosed inside an insulated speaker box. So I replaced those; but that still didn't fix it. I still had bad voltage readings. I then replaced the two regulator zenier diodes, Z3 & Z4. That did the trick and all is currently working fine. I'll probably modify the powered speaker to leave the electronics outside the speaker box so the heat can better dissipate. There are 'proper' fixes out on the internet that involve bypassing the original power supply regulation section with LM-series voltage regulators. Those fixes will significantly reduce the heat produced, which should help with longevity.

Also fwiw - on the MUTE issue re the mute pin on the TDA7265: It has been noted that inside that chip the mute function also performs a voltage safety check; so ideally you shouldn't fix the mute issue by simply cutting that pin. The mute circuitry is voltage dependent. If the mute failure isn't fixed by cleaning the headphone contact; then you probably have failing caps and diodes. C76 & C77 should probably just be replaced ever few years anyway as they take a beating. Replace those, then Z3 and Z4. If that doesn't fix it, replace the capacator and diode in the mute circutry - C74 and D1. NOTE that I myself am not an electronic circut expert; I am here consolidating a bunch of research I've found across the internet.

Thx Jeffrey ……. The best detailed answer !!! Regretfully I’m ‘just’ a non-techie designer, so As unfortunately you are not a neighbour, it was simpler to buy new …….not a ‘green’ solution I know !!!!

@soulmango Understood. For me, I dabble in electronics so can take this kind for repair on. But ask me to do any plumbing repair and it's a disaster! lol

With the Power remaining TURNED ON, Go ahead and remove your auxilary cable from the source of audio it is currently plugged into and quickly plug it in and out of both the aux & headphone jack on the bottom right of the Mackie Cr3 Powered speaker.

One thing to keep in mind is this speaker amp overheats regularly so unplug them cool them down and shut all switches to off and then flick your powered speaker L/R switch a few hard times it works for me now i have proper sound through both speakers 4 years it has worked everytime it must be a loose connection but that seems to kick it back in try it!

Thank you very much! Cutting pin 5 did the trick for me.

Has anyone seen this issue? very low freq hum on power on:

can someone please help me with the cutting pin 5 issue, as the cr3xbt interior looks different to the cr3

same here, got the cr4x and cant figure out where to find pin 5

CPS Test is an abbreviation for click per second test. It measures your mouse clicking speed in given time frame. Playing the CPS test game is easy and fun at the same time. The game is suitable for all age groups, so don't worry if you are just a high school student or a person with a corporate job.