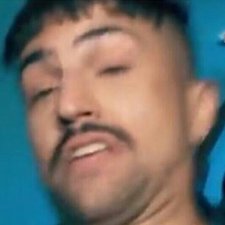 When I turn my phone on it turns itself off again

My phone is a samsung galaxy s4. For a while my phone has been dying way before it gets to zero. sometimes as high as 70 then i will plug it in and it says it is at 0.

so finally i decided to get a new battery figuring it was a battery problem. i don’t actually have the battery yet, i just ordered it today and it should be here by the 10th. but just today the phone turned itself off and i assumed it just died but when i plugged it in it said it was at 40 but it usually shows 0 after i plug it in.

later it turned off again. and then later, again. i tried turning it on and it turned itself off right away. every time i try to turn it on it turns off when it gets to the lock screen or sometime before that on the version screen. its fully charged.

does this still have something to do with the battery or is there another problem?

is it fixable or should i just get a new phone?

Does it do this if you leave the charger connected and switched on? (from your question I'm not quite sure if it does or not)

If it doesn't do this with the charger connected, it suggests that it is a battery problem.