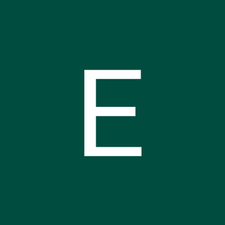 So my friend asked if I could try and fix his iPhone X that got put through the washing machine. I told him I've never done this sort of thing before -- mostly just screen and battery replacements. He said it's ok because if I cant fix it he can't afford the repair bill a shop would charge anyways.

After fully disassembling it and meticulously cleaning the connectors by hand since I dont have an ultrasonic cleaner, I finally managed to get it to power on but its stuck in a boot loop.

From what I've read, this is normally caused by not enough power going into the device right? My battery testing board shows the battery is okay, however I did notice the battery socket on the logic board looks a bit dark. I fear he may have fried it.

Is it realistic to replace this socket or should he just buy a new logic board? His current board is 256gb so it would really be a shame if it cant be salvaged.

Anyone have any opinion on what the best path forward is at this point? Thanks :)

With water damage, you have to decontaminate the entire logic board before doing anything else, otherwise there will be latent issues down the road even if you do fix it.

The iPhone X has a sandwiched logic board which makes it virtually impossible for a proper DIY decontamination but you can still follow most of these guidelines.

The proper way treat a wet phone is to do the following:

A professional repair shop that does water damage repair may be able to recover your data because they have access to pro-level ultrasonic baths and specialized cleaners as well as the skills to troubleshoot your board. While expensive, it will be cheaper than buying a replacement logic board. Many shops have a no data/no fee policy so you don't have to spend money to find out if the data is recoverable or not.

Alright, I'll try giving it a bath in alcohol. I already did a bunch of spot cleaning with alcohol but I didn't actually submerge it. I'll give it a shot.

By a while, how long do you mean?

Hi Elliot, I have the exact same happening currently. Did you manage to salvage your iPhone?

Try just connecting the essentials. Battery, screen and power button flex. There could be damage to the port or cameras etc that could cause bootloop

Thing is, this is what I tried initially, and it wouldn't even power on. So I thought maybe there was some circuit I needed to complete to get the power flowing to the screen, so I fully reassembled it and this time it booted up.

I'm a bit of a novice when it comes to phone repair but I have plenty of electrical experience. Let me go snap a pic of the battery connector socket, because either it got corroded really bad and I need to deep clean it somehow or it just got fried