Horizontal line on bottom of MacBook Pro 2017 (Due to overheating)

Long story short- I share my laptop with my room mate. My room mate confessed to me that she was using the laptop on her bed, over the sheets with the power adapter plugged in. She said that the machine got really loud (I guess the fans or whatever were going off)

Later that day I noticed that there was a black line below the app menu on the bottom. It was weird because I would move the cursor over it and you could see the cursor. I have ran NVRAM and SMC and it hasn’t fixed the issue.

However, we left it shut down over night and it was ALMOST completely faded in the morning (though with use the lines would eventually come creeping somewhat back but not as bad as the first day.)

I don’t want to be super hasty and assume I am in for a $500 repair. I have seen similar posts on here where people had the same issue and they said that the lines eventually went away, or that after a week of not using the laptop they got lucky.

Has anyone gone through this? Is this something that will get worse over time?

Is it possible the over heating caused one of the cables to come loose inside the computer? I was thinking of opening up the laptop and reseating the display cables.

Does it ACTUALLY need a replacement or is this something that will go away with time/can be solved by opening up the macbook or leaving it off for a while.

As is the case with most people, I don’t have the money at the moment to handle what would probably be an expensive repair.

I would complain about how the computer is only two years old but I am pretty sure its my room mates fault for the overheating lol.

If any of you have any suggestions or similar experiences I would really appreciate it.

Thank you for your time.

Thank you for your quick response!

These are the before pics:

(Day of the heating issue) 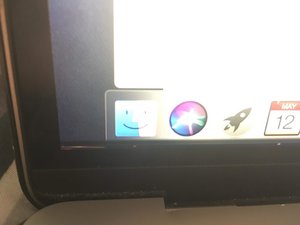 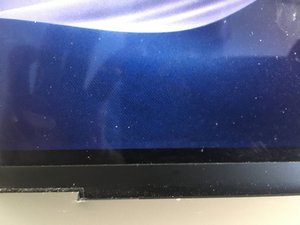 You can barely see it. Its just a bit brighter down there than the rest of the screen.

Though I am sure they will probably get stronger with usage. I think it was on another forum but a few people had said they left it alone for a couple of days and it got better.

Thanks again for your time with this.

Until we get an idea on what you are facing I would hold off opening your system as you could make things worse!

I'm not sure where you saw lines fading in and out here. I don't remember seeing anything here on iFixit.

Often times lines are TAB connection issues when the mounting of the flex ribbon to the LCD panel has broken free. Often due to a bang or something heavy sat on the lid.

The other possibility is image persistence (image burn-in) where the LCD crystals have fatigued from being held active overly long. There are some tricks that might reduce the effect.

The pictures will help us understand which one.

OK, this is a very different kind of problem than what I was expecting. The display does not have any problems! This is a heat issue with the T-CON board.

Let me explain … The T-CON board is mounted just above the heatsink radiator within the main case unlike the older MacBook Pro’s which had it mounted within the lid.

So when you blocked the ventilation the board overheated causing it to loose its horizontal sync at the bottom edge of the display giving you this colorful line.

This board is part of the display assembly so if it does get damaged from overheating you’ll need to get the assembly replaced which would be an expensive repair!

So you are lucky! The overheating didn’t damage anything as it did recover. So lesson learned, don’t block the ventilation! ;-}

Hey! @danj So that is a relief! Thank you for much to getting back to me. Is there any way that I can fix the remaining brightness that is left though?

Will it eventually go away?

Because as I had mentioned earlier the lines do start to come back after a bit of use, although not as bad as the first day. Is there anything I can do by opening up the laptop or is the damage that is already done there permanent?

Sadly, there is nothing you can do to effect things from the inside. This is not a cable issue.

Give it some time, hopefully it subsides otherwise you'll need a new display assembly ($$$).

Hello dan and bruce. Right now I'm having same problem about my macbook pro 2017 13inch. My macbook did have some line in bottom if its had overheating. But if my macbook in normal temperature it disappeared. Here is my question, did your macbook runs well without any problem? If its runs well, i hope you give me solution my macbook. Please:(

This is in normal

This is the problem 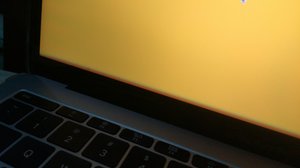 Sadly, the solution is a new display assembly, there is no other option.

Hello, I have the same problems. Macbook Pro 2017 - I have a 13-inch model. At first, horizontal lines appeared at the top, and now the screen is completely filled with lines. I use the screen by connecting it with HDMI. I think this is Apple's chronic problem.

I’m having EXACTLY the same issues!

It become so bad that all the lines completely cover the screen and it freezes the images. And most funny the different windows apear on the top of each other, very faint. This is happening only in the display of the Mac, but using a HDMI cable and a TV works fine.

I have a MacBook Pro with touch bar 13’.

And because I’m very lucky, some letters are not working well and apparently there is a recall to change my keyboard!!!!

I am also facing this problem. When I turn it on in the morning screen looks good. But after 15-30 minutes of use they start to appear and within a few hours, almost half-inch of the screen from bottom becomes black. Is there any way to fix it?

Yes, but its costly! The T-CON board which is part of the display assembly has failed.

I got the same problem actually, I called Apple, they did an online Diagonistic, there was a problem with the battery. I was so lucky because there is a program from Apple (Keyboard Replacement). They replaced the Upper-Case and after that the problem still there!

I left the MacBook for 1 Month and after that I started it up and the problem reduces so much. The lines before were like 4cm height from the bottom of the screen. After the month just some lines appears on the Botton when the Mac overheated.

I called Apple again and I told them about this issue because I have 90 days Warranty for the replaced parts after repair. I will try to get that fixed for free otherwise I have to buy like almost 600 Euro for the Display!

This is my experience.

Right around the start of April a black zone, a black line started to appear on the top of the screen.

The line is just below the menu bar.

It starts off as just a little grey fade, but as i use the computer for several hours, it gets pitch black and grows in size, reaching about 6-7 mm in “thickness” along the vertical of the display. Needless to say it stretches entirely horizontally. If i leave the computer in idle or off for a few hours or overnight the line goes away, only to come back progressively after a couple of hours of use the next morning.

Note: unlike a case stated above, i never used the notebook on a bed or something like that, it never became as hot as the sun. I totally do an intense use of it, but hey, it’s got “Pro” in the bloody name…

The line is just like the other reports, it doesn’t “hide the cursor”, it still kind of sort of shows content and it goes back to normal as the computer cools down, so I don’t think it’s dead pixels. As the hours passes it gets to “weird colours and text retention”, for example the address bar of Safari stays in the black area for a bit even if I switch to another app. Luckily (knocking on wood) the “damage” doesn’t seem to be spreading, or it’s doing so very very slowly. I now use the notebook’s own display the less time i can, relying mainly on my primary HDMI monitor, but still, my workflow needs multiple hours of dual-screen action each day.

Called Apple, they got me to verify a bounce of software stuff, reset the SMC and all that kind of things but no - problem is still there. They told me since my warranty expired in September 2019 i’m out of luck (in my country, 2 years warranty is the standard).

I seriously hope they do a recall for this, because we all know it’s only due to Apple’s crappy thermal design. When Apple stores re open post lockdown, i’ll try to go there, be a ##&&% about it and try to get them to recognise the issue as a factory defect…i seriously hope its like the butterfly thing, that seemed random and to affect few users initially but then exploded and Apple had to rectify it. I guess i’ll be hard on the “crap keyboard, now crappy display” and “good way to lose loyal customers”. I guess I’ll see.

Side question for you all: i also wanted to replace my thermal paste (actually came on iFixit to look for a “don’t mix up the screws” guide and found this thread in the process) to improve temps a bit, since we all know Apple loves to put crappy rock hard thermal compound in its thousands dollar machines…my warranty as said has already expired, last and only time the computer was opened was July 2019 for a warranty-covered battery and keyboard replacement (luckily that was a recall). Do you think that by opening it up myself i risk "upsetting” Apple even more when i’ll bring it in to try and get the screen replaced, and I’d better do it afterwards? Or since the machine is out of warranty anyway i shouldn’t care? Since i already know they’ll try to negate any responsibility for the screen defect, I don’t wanna give them the easy excuse of “someone else opened it and broke it”.