The PowerMac G5 is a desktop computer first produced in 2003 by the Apple Corporation. This guide will review the repair process of an Apple PowerMac G5 model number A1047 EMC 2061 from 2004. It was discontinued in 2006 as part of the Intel switch first to developers then consumers. 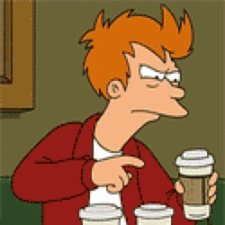 How to connect Power Mac G5 to HDMI monitor/TV?

I did a lot of searching and people say they used the DVI > HDMI to TV without a problem.

I’m assuming you have selected the right input on the TV.

Let’s go back to basics:

Once connected, and powered on, do you hear the fans?

There are two versions of DVI. DVI-A and DVI-D (A for Analogue and D for Digital). There is a third version called DVI-I (which is both digital and analogue) but you need the Digital version to be able to connect to a HDMI device (HDMI is pure digital). It’s possible the video cards are in analogue mode as they were previously set but the adapter should give the video card the info as well. As the pin outs on the DVI-A and DVI-D cables are slightly different.

It appears that functionality here is somewhat dependent on the display and on the software driving the video card.

On my G5 (PowerMac 11,2), with a GeForce 6600 LE connected to a Dell U2415 monitor with a Amazon Basics DVI-to-HDMI adapter, I’ve observed that video output doesn’t show on the display while in firmware (ie: chooser, of prompt), but does work once OS X (at least the installer) begins to boot (showing the Apple Logo onwards).

I’m not sure there’s a way to resolve this: it’s likely there is some issue in the GeForce 6600 LE rom that is used in openfirmware when used with my Dell U2415 display. Changing either of these might help, but I don’t have a different graphics card or display to try with.

I’m planning on using a DVI to DisplayPort active adapter (StarTech makes one) to work around the issue.

That's good info although you'd think DVI-D to HDMI would be supported since it's a hardware protocol. This is especially true since the G5 has no onboard video so it must use the add-on video card. However, this *IS* an apple product, they may just do things differently.