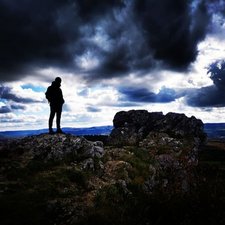 Two days ago my Switch (2020 version) was working just fine. It would boot up normally, it was recognizing the games and the touch was also good. Basically handheld-mode was fine. I think the only issue was that the Joy-Cons sometimes had problems connecting to the console wirelessly. Connecting an external controller via some adapter was working flawlessly though. Also, it has no CFW installed or anything. The software is not up to date though!

So yesterday I booted up the Switch and about 5 seconds after powering it up, it would just show some black screen with the error-code 2107-0445 telling me to restart the console and if that doesn’t resolve my issue to send it in. Since that is not an option for me, I have tried multiple things to solve the issue, but to no avail. It just keeps turning up that error (after what seems to be 1 - 10 seconds) every time I try to boot it up, it doesn’t matter if the console is in handheld mode or in the docking station.

If anyone has an idea, or happend to have a similar problem/error code, than any advice would be greatly appreciated, as the console is unsuable right now, thanks! 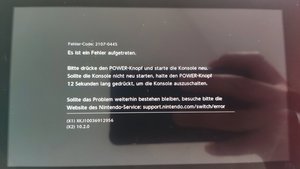