I own a 4 year old Philips 32PFS6402/12 where I suddenly don't see any image (black screen). I went back to the store and asked if it was still under warranty. Unfortunately, it wasn't. Since I am a little bit handy, I want to try to fix the television.

I searched up on the internet i.e Google and Youtube. I found the service manual (Chassis QM17.4E LA) and some handy Youtube on how to diagnose. So, I diagnosed the following:

-My television STANDBY light goes on.

-Philips Ambilights (lights to the side) goes ON when turning television on.

-I do hear audio coming out of the television.

-I did the "flashlight test", when I shined through the panel, I saw my menu such as "source" or "television channels".

Does anyone know which television part is morelikely faulty and should be replaced to get it working? 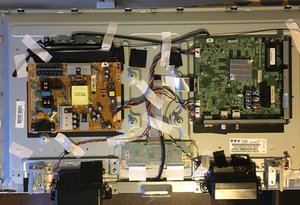 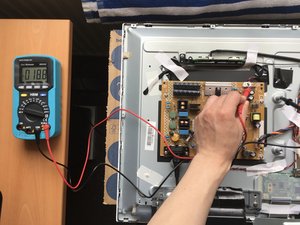 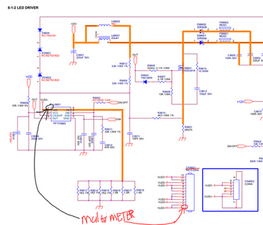 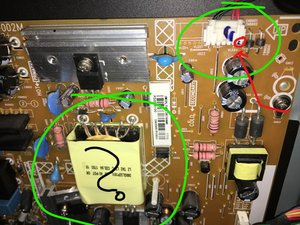 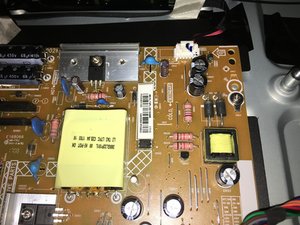 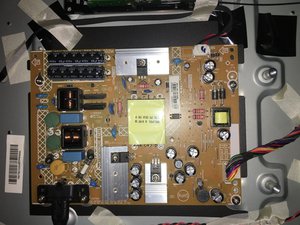 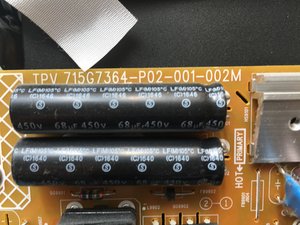 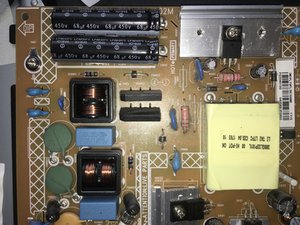 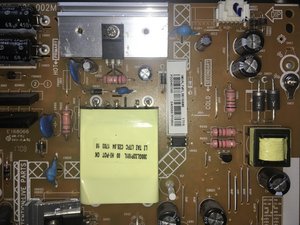 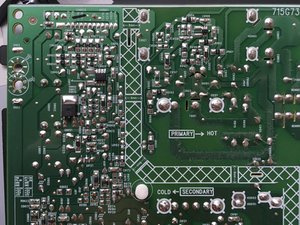 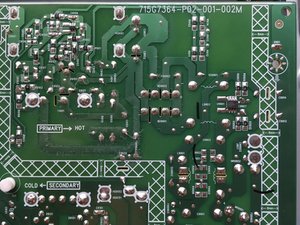 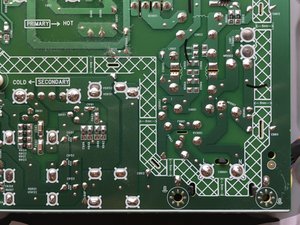 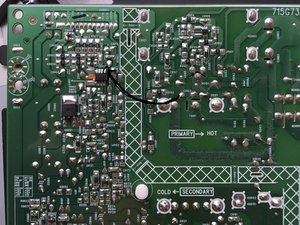 Found it! Do I need to measure the black circle?

Replacing backlight strips: what are the part numbers? 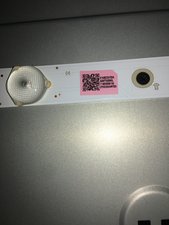 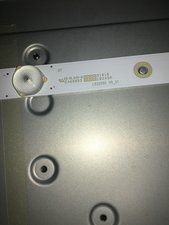 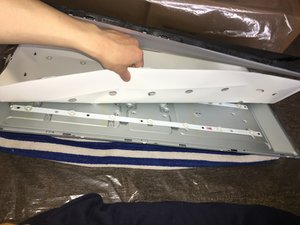 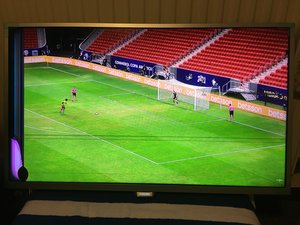 Replaced the backlights of the TV… 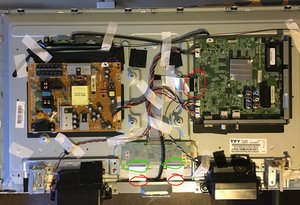 Red circles indicates the ribbons that were opened up and green ones arent touched.

@lekkervlaai There are two distinct possibilities. The power board as well as the backlight array. Since you do see the menu etc. it is most likely an issue with the actually backlight array inside your panel. Those backlight strips can be replaced by disassembling the panel. (HINT:mark the diffuser sheets so they go in exactly the way they came out). Do a search based on the actually panel, not your TV model. There should be a tag on the panel which identifies its model and maker. Of course, you also want to check the voltages on the power board leading to the backlights. Looks like connector CN8601 or 8602 depending on your model. If you need to, you can always post some images of your boards with your question so we can see what you see. Let us know what you get on those.Bilder zu einer vorhandenen Frage hinzufügen

Okay so your panel is a TPV made panel. The backlight strips for your TV are available at places like this and many others I am sure. To check out the voltages you will need a multimeter in DC mode ( and check connector CN8601) Positive Leads on contacts 1,2,11,12 and Negative on the others. Set your meter high since some of those voltages can be in the 130V + range. 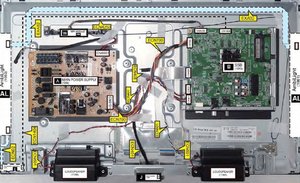 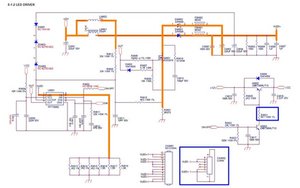 Let us know what you find

@lekkervlaai it is alway a bit different. Yours is a panel that seems to have been made specifically for your Philips. Some TV’s use a bunch if different panels even for the sane model TV. That is why it is always best to find the label on the panel and search by that number as well.

To check the voltages you can simply check it on the connector.

let us know what you find out. These are not terribly complicated repairs as long as one takes their time and keeps things organized.

@lekkervlaai Okay, that would only have been a confirmation of what we are currently expecting. C8601 should actually read C8607. Both U8601 as well as C8607 are actually on the bottom side. Sorry about that. The part with the question mark is a transformer.

We are at a cross road right now. We know it's the backlight. Either the power board (appears to be low voltage since your TV panel would have 3 strips with 7 LED's I would expect the LED voltage to be in the 60V-70V range) or the backlight strips. Now, from what I can tell failed backlight strips are very common for this model. Your power supply appears to be a 715g7364-p02-001-002M hard to verify on your picture :-) and that would be available at places like this. Not sure where you are located so shipping could be an issue. The backlight strip may run you a bit more. I am convinced it is the strips (call it a gut feeling) but due to the low voltage I'd opt for a replacement power supply. I'd purchase from a place that has a no question asked return policy. Just in case....Sorry if this sounds a bit wishy washy but I hate to suggest to you to spend some hard earned money.

@lekkervlaai here are the points where you measure the voltage at. Black probe to pin 1 of U8601 (bottom left) Let us know what you get

@oldturkey03 thank you for your reply! Could you explain me the following:

1) What do you mean with "searching the panel which describes the model and maker"?. I made a picture of my television. Could you point out where I could find it?

2)How do I check the voltages on the powerboard leading to the backlights? If I have a multimeter which parts of the boards, chip, capacitor do I check?

@oldturkey03 Thanks for your explanation!

Does this fit? How do you search for the backlight strips? Search on the type of the tv, in this case "Philips 32PFS6402/12"? Or a specific #ID?

I will be back within a couple of days on the voltage part. I do not own a multimeter so I am going to ask some friends if they can lend me one.

@oldturkey03, back with an update!

I managed to get a multimeter and posted a picture with the settings that I used (it's been a long time since I used one).

For CONN CN8601, I couldn't measure the connector because it's not visible on the power board.

For CONN CN9101, I have no idea how to measure the volts for that conn.

Am I doing it right?

@lekkervlaai yes that voltage sounds a little meager. Can you check on more thing? look at the schematic for the LED driver. Use your multimeter and connect to red probe to C8607 and the black probe to the first pin of U8601 Those numbers are the reference designators that should also be printed on your board. Let us know the voltage on that. As always, use common sense when testing live circuits so that you do not touch anything with bare hands etc.

@oldturkey03 thanks for the fast reply!

I am not sure if I understand your next question, so I visualized it by a drawing (see update 6/24/21 part 2).