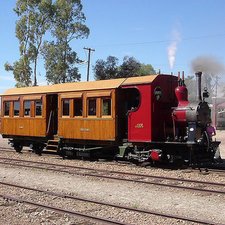 Problem: The audio out socket has decided to no longer function; it seems to be that the metal contacts have sprung apart and do not wish to return to the normal closed position. This means the internal speakers do not work, among many other things.

I was looking for solutions, when it occurred to me that I could purchase the 2.13 GHz logic board from iFixit to effect a cure - plus it would be slightly faster and I'd have a spare logic board. I realise this is expensive, but I cannot see how else to fix the audio out problem - and I don't wish to start fiddling with the logic board (to which the audio-out is soldered directly) without a replacement for said logic board.

So, my question is: will the later 2.13 GHz (Model 5,2) logic board fit the holes and insides of my (slightly earlier). Given that iFixit does not have the older 5,1 model logic board for sale, but does have the later 5,2 model for sale, I was wondering if anyone knew whether the "holes" all lined up?

The relevant URL's for the logic boards in question are:

For the logic board presently fitted (that came with the mac):

For the logic board that SEEMS to fit (but I'm not sure):

There not much difference between the 2 logic boards. According to Mactracker the two boards have the 1066mhz bus, the same graphic card, etc. The only difference I can see is that the 2.0ghz use PC-5300 and the 2.13 the PC-6400. Also, according to Powerbookmedic.com the two boards are compatibles.

This (as far as I can tell) is the final version of the A1181, which uses the SATA version of the optical drive (smaller socket on the logic board than the older A1181s). I've dealt with hundreds of A1181s, but for some odd reason I have never come across one of these boards...it makes me think they must not have manufactured too many of them. I only found out they even exist because I accidentally bought a bunch of SATA optical drives with the smaller cable, and because of that I realized they would not work on my older A1181s and were meant for this model instead.

Thanks for those answers. It looks like I can purchase one (from iFixit) and I hope it'll all fit in! THEN I can see if I can fix the audio out on the older board.