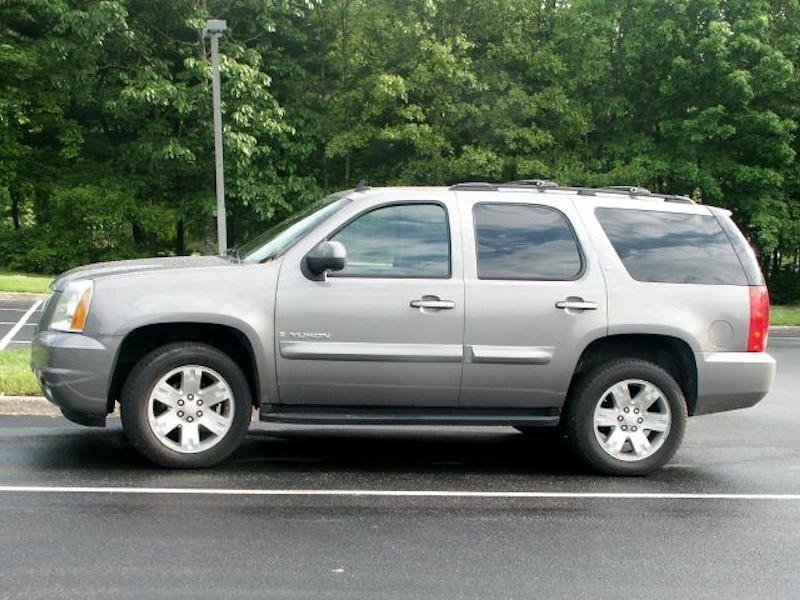 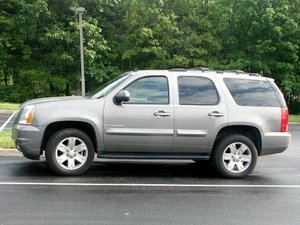 Designed in 2005 and released for the first model year in 2007, the GMC Yukon is a five-door SUV. It is a rebranded version of the Chevrolet Tahoe, both of which are designed by General Motors.

The GMC Yukon is an SUV designed by General Motors and sold by GMC. Since it is designed by GM, the parent company of both GMC and Chevrolet, the GMC Yukon is simply a rebranded version of the Chevrolet Tahoe. They share a similar internal structure, but they have different logos, headlights, and outer casings. In 2005, GM began working on a redesign of the cars which eventually debuted with the respective 2007 models. This updated design stuck around for seven years until it was replaced with another refresh in 2015. This page is dedicated to the 2006/2007-2014 models of the GMC Yukon, also referred to as the 3rd generation Yukons.

The Yukon has five doors total: four for passengers and another at the back to allow access to the trunk. At the front, the 3rd-generation Yukon has a single grille with a red GMC logo. Moving under the hood, the Yukon has a V8 engine and either a four-speed or six-speed automatic transmission. The two-wheel drive models have a smaller 4.8 liter engine, while the more demanding four-wheel drive models have a 5.3 liter engine. GMC also sold a hybrid version of the Yukon which uses a 6.0 liter engine coupled with two 60kW electric motors. The hybrid version can run on gasoline only, battery-power only, or a mix of the two.

You can identify this car by looking for the GMC logo on the front and the model name “Yukon” on the side door(s). You can figure out the year of the car by looking at the front cover of the user’s manual. If you don’t have this, you can look on the car’s registration for the vehicle identification number (VIN) or find a sticker with this information on the inside of a door frame or on the bottom section of the windshield. See this article from Wallace for a few pictures of these locations. As explained in the VIN Wikipedia article (specifically the section containing a decoding chart), the 10th digit in the car’s VIN encodes the model year.