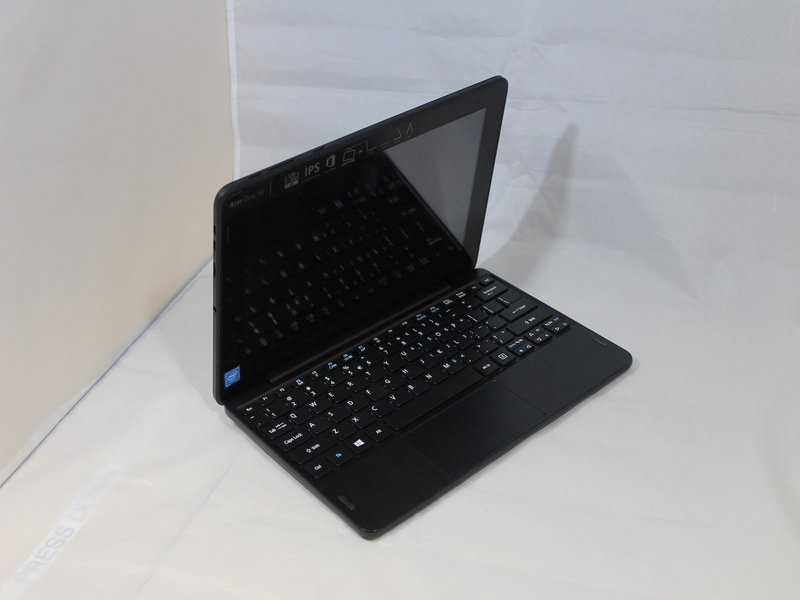 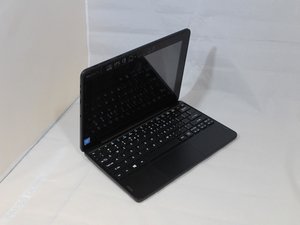 The Acer One 10 S1003-114M is a convertable, allowing it to function as a tablet as wall as a laptop. The Acer One 10 has Wi-Fi, Bluetooth, and camera capabilities.

The Acer two-in-one laptop can be used for basic internet searches and creating word documents, but it does not perform well as a gaming device. The device commonly has failure with the screen when the touch keyboard is not automatically available in tablet mode. The Acer One 10 is also known to get stuck on the start-up screen. This device uses magnets to convert to laptop mode. However, the magnets easily break off, preventing the tablet from being connected to the keyboard dock. The battery life of the Acer One 10 is 6-8 hours of continued use, and to charge the device fully it takes five hours. A common problem is limited battery life and the inability of the battery to charge. The device itself has 32 gig flash storage and allows up to a 64 gig SD card to be added.

The colors on the devices screen are muted; however, the device’s screens brightness makes up for the lack of sharp colors by being bright even in direct sunlight. The improved model of the Acer One 10 weighs 1.2kg, and the 10.1 inch screen is known to be very top heavy, so the device works best on a flat surface. The screen resolution is 1280 x 800. The Acer One 10 switches easily from a tablet to a laptop with the aid of magnets on the keyboard dock that attach to the bottom of the tablet. The screen is able to be attached to the keyboard forwards or backwards. The rear facing camera has 2 megapixels and the front facing camera has 0.3 megapixels.