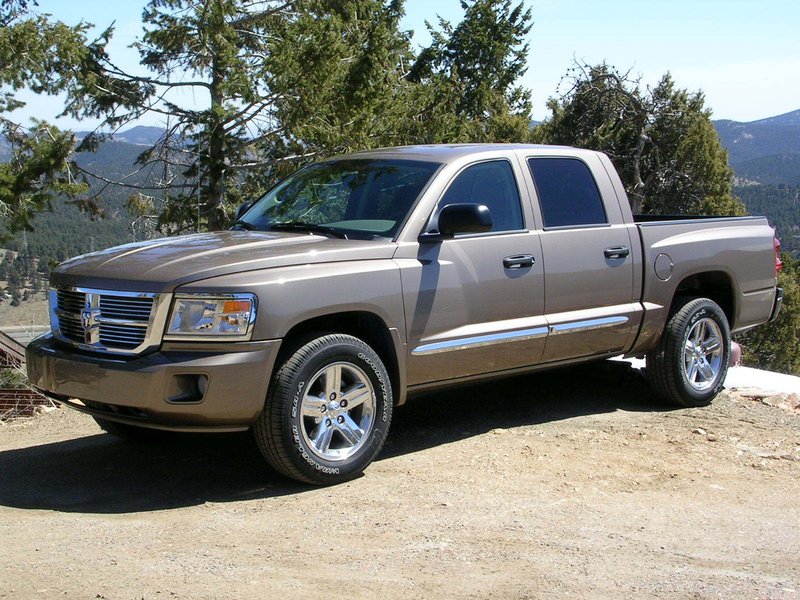 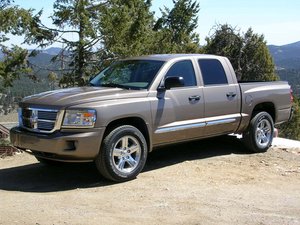 The Dodge Dakota, known as the Ram Dakota for the final two years of production, is a mid-size pickup truck from Chrysler's Ram (formerly Dodge Truck) division.

The Dodge Dakota (called the Ram Dakota for its final two years of production) is a mid-size pickup truck from Chrysler’s Ram division (formerly called the Dodge Truck division). The second-generation Dodge Dakota began development in 1991, though they were not actually produced until 1996 for the 1997 model year. The Dakota shares many components with other Chrysler products and the manufacturing plant was shared with the full-sized Dodge D and W models.

The Dodge Dakota features body-on-frame construction and a leaf spring/live axle rear end. Dakota trucks are front-engine, rear-wheel drive or four-wheel drive vehicles. The Dakota is the first mid-size pickup truck with an optional V8 engine. Dakota trucks have been used by police and fire departments, as off-road vehicles, patrol trucks, and bush trucks. Dakota production ended in 2011 and the truck was called the Ram Dakota from 2009-2011.

Ram trucks have won the Truck of the Year award from Motor Trend magazine seven times. Dodge Ram pickup trucks can usually be identified by the Dodge Ram emblem, which depicts the head of a male sheep (otherwise known as a ram) with large horns. The emblem sometimes includes the name “Dodge” in capital letters. Dakota trucks also include the Dakota emblem, which includes the name “Dakota” in capital letters and is usually located on the tailgate of the vehicle.