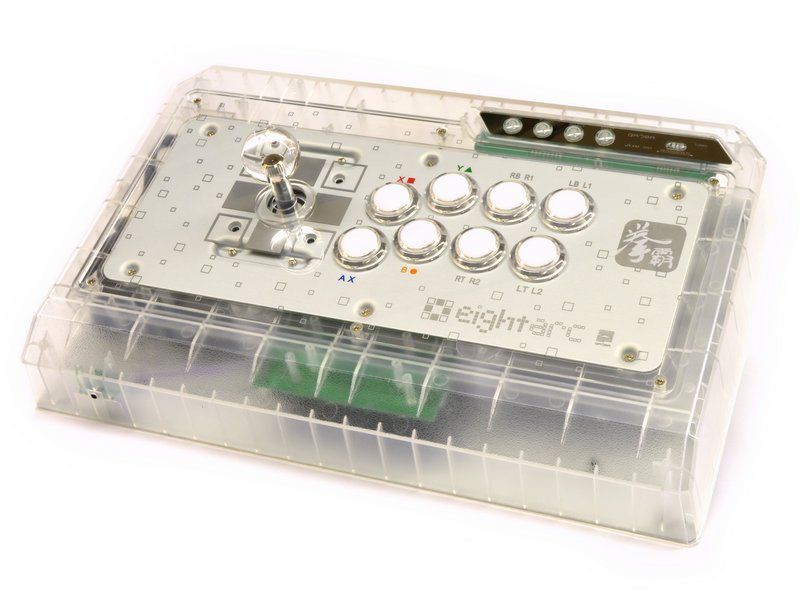 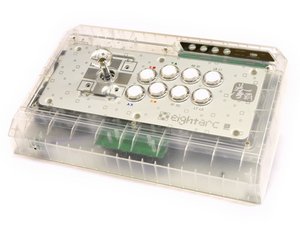 Arcade stick released in 2011 by Eightarc compatible with Xbox 360, PlayStation 3 and PC. Available in the colors Ivory (white), Ebony (black), and Synthesis (translucent).

A joint venture between two arcade stick companies, North America-based Eightarc and Asia-based Qanba, the Eightarc Fusion was created for the North American market. At the time of its launch in 2011, it was the only factory dual-modded arcade stick available for purchase in North America.

This USB arcade stick uses a Sanwa JLF joystick and Sanwa OBSF buttons. The Fusion has a standard 8 button layout with top mounted Home/Turbo/Start/Select buttons in addition to a Xbox/PS3/PC selector Switch and comes fitted with a headset port.

The Fusion stick can be identified from other Eightarc arcade sticks by its Q4 RAF badging next to the start/select buttons, its 8 face button layout, and its lack of a carrying handle.