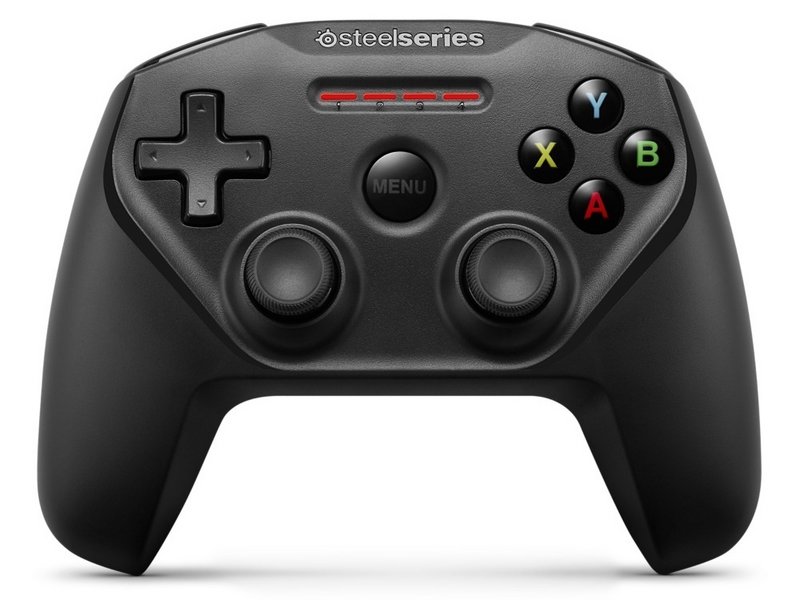 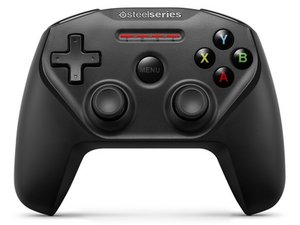 The Nimbus is a wireless game controller released in 2016. It is designed to be compatible with the iPhone, iPad, iPod Touch, Apple TV, and the Mac.

The SteelSeries Nimbus is a wireless controller designed to work with Apple devices like the iPhone, iPad, iPod Touch, Apple TV, and the Mac. According to SteelSeries, the earliest compatible devices in each product category are the iPhone 5S, the iPad Air, the iPod Touch 5th generation, and the Apple TV 4th generation. You can see a full list of devices at this SteelSeries support page. Some games are also not compatible with the controller because the developers have not yet added the functionality.

The SteelSeries Nimbus communicates with your device via Bluetooth. It can be paired by pressing the button with the Bluetooth logo which is located between the shoulder buttons.

The Nimbus is made from black plastic, and the A, B, X, and Y buttons are red, green, yellow, and blue respectively. SteelSeries made an updated version of the controller called the Nimbus+ which has two extra buttons located just left and right of the central “menu” button. The Nimbus+ also has the ability to register when you press downward on the two joysticks like a button, as is common with other controllers. Additionally, SteelSeries released a sibling to the Nimbus controller called the “Stratus” which is compatible with Android and Windows devices instead of Apple hardware. This version has orange highlights under the joysticks and does not have colored A, B, X, and Y buttons. To identify your controller, look for the brand name “SteelSeries“ written on the front and then use the traits given above to distinguish between the models.