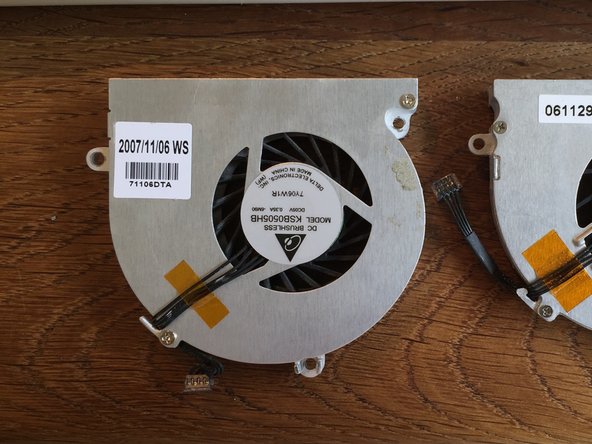 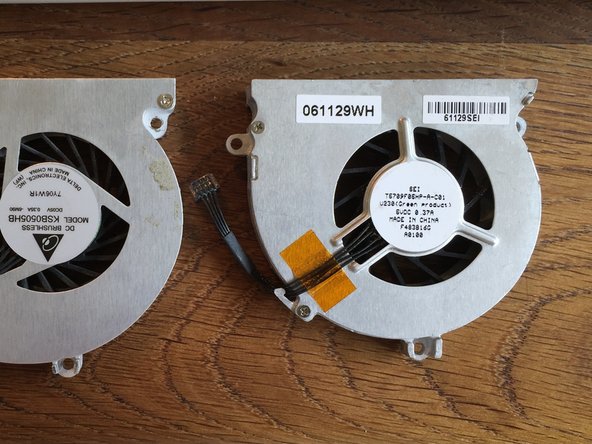 The machine was becoming slow, hot and noisy.

(And I had to entertain my godchild)

To be honest, I was called outdoors, so for this job I put my trust in my godchild, who has much younger eyes and he yet lacks my experience in blasphemy... ;)

When I got back the machine was silently up and running again, with a new SSD, a thoroughly cleaned interior (10 Bar air compressor, which is normally used for the car) and fresh thermal paste.

He couldn't replace the fan, because it didn't fit because I had the wrong one. Afterwards, there was no need for it.

Triplecheck your order and if you're not sure, ask.

IFixit calls the MacBook 13" Late 2007 a Santa Rosa, which as such is not mentioned in the MacTracker that I use to identify. There it says 'Merom'. This is a bit tricky because the late 2007 has quite a different interior than the Mid 2007, and therefore it has also another fan. In all these years that I have the machine I never realised it was a Santa Rosa, to me she is just the patron of a nearby city.