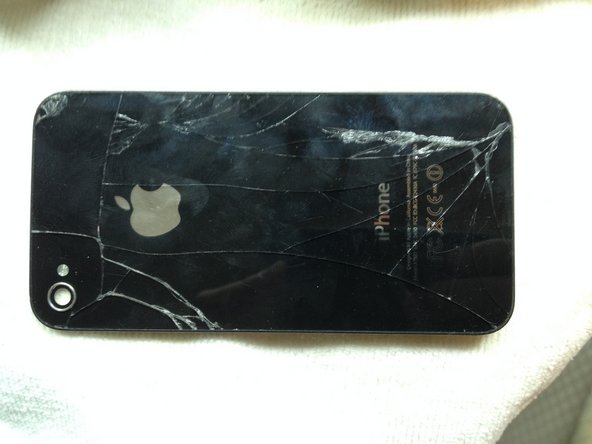 For a small fee I acquired my sister's old iPhone 4s. It became clear that her care of the phone was not up to diamond standards as there were several small quirks that I noticed about the phone. The first, and most obvious issue was that she had dropped it multiple times (without a case), but miraculously only the back plate had suffered the consequences. That needed replacing. The other issues pertained to sound on the phone, which I came to realize, after exhaustive internet research, most likely stemmed from a bad dock connector. The external speaker didn't sound quite right when it did work so that was added to the list. Finally, the phone suffered a noticeable battery drain issue, and seeing as how the phone was over two years old anyway, it seemed like a no-brainer to replace the battery since I was going to be "all up in there" anyway.

First let me say that iFixit repair guides are the cat's meow! The repair went swimmingly up to the point of dealing with the home button ribbon cable. I got in a bit of a rush there, and didn't pay close enough attention to the transformers on the back of the cable near the port on the dock connector. I think I may have damaged them during reassembly. I can only assume that was my error, because after reassembling the phone, and giving her a test run, the home button no longer functioned. Try as I might to re-seat that cable, I was getting nothing from the home button.

My assumption, then, was that I was going to have to replace the ribbon cable, and though the cable itself is quite reasonably priced, accessing it is a totally different ball of wax. To my utter horror (perhaps a bit of an exaggeration) I realized I was basically going to have to dismantle the entire phone to replace a $4 part (sorry iFixit, but the one on eBay works just as well so I got it from there).

At least I got to see a lot more of the internals of the phone. I did get the ribbon cable successfully replaced, and all is well with the device now. All of the original issues with the phone are fixed, and I'm hoping to squeeze another couple of years out of this "old" thing.

Take your time! Always take your time, and make sure you know exactly what you're doing on each step before you start poking and prodding. Also, be gentle. Treat the phone as you would a woman, unless you don't treat women well, in which case you need to stop mis-treating women.