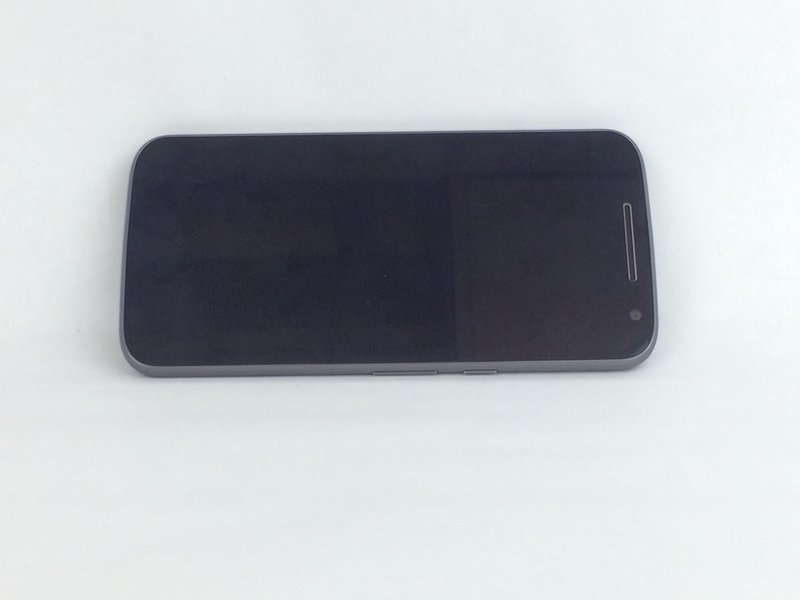 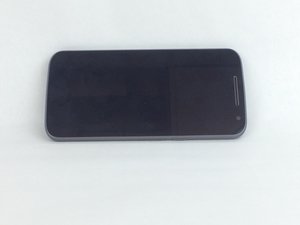 This page will help diagnose common problem with the Motorola Moto G4.

Screen is black, can’t see anything and unresponsive.

Moto G4 screen is completely black as though the phone is off.

LED circuit board is damaged

The Moto G4 "touch screen" sensation is created by a grid of infrared LED lights and receptors above the display screen. When your finger breaks the grid at a certain point, a "touch" is registered in the device. It is possible that the circuit board in charge of this function is damaged and needs to be replaced

Phone battery could be dead

The Moto G4 could be discharged and this could result in the phone screen being black and unresponsive. Plug in and charge phone.

The infrared LED lights around the border of the screen make the “touch” possible. If these lights are blocked or damaged this could result in the display being distorted or black. Use a soft cloth and designated electronic screen cleaner to clean the screen, and make sure there is nothing blocking the screen edges.

The Moto G4 could be malfunctioning. Restart your Moto G4 by holding the power button on the right side of the device for 30 seconds.

If experiencing distortion like buzzing or crackling through the earpiece of Moto G4, first test the earpiece speaker. To test earpiece speaker turn on USB debugging, Settings - Developer Options - USB Debugging. Next, dial *#*#2486#*#* to open phones test menu. Select Audio - Earpiece - Buzz Test. Listen to the looped tone, if no crackle or buzzing is heard, earpiece is undamaged. If damaged, go into Settings - Sound - Audio Effects, turn Audio Effects off; if problem is not fixed from turning off Audio Effects, while in Audio Effects click Speaker and turn off Equalizer. If distortion is heard during buzz test phone earpiece is compromised and you will need to acquire a new device.

If there is no audio through headphones or only one side of headphones receiving audio, first try your headphones with another device and test different headphones with your Moto G4. If headphones are working properly, start by lightly blowing into headphone jack to clear any possible blockage, then test again. If problem persists, your last option is to restart your phone which should reset your safe mode.

The phone battery runs out quickly.

Try to reduce the number off apps that continuously update themselves throughout the day with you actually using them. You can do this by going to Play Store ->Settings -> Auto update settings and select do not auto-update apps.You might also want to close your apps after using them instead on leaving them open. Some Examples of these apps are facebook and facebook messenger.

By going to settings and then apps you will be able to monitor how much battery power each of them use.

There are several settings that you can change in order to extend your battery life. By turning on your adaptive brightness it will determine the amount of battery power that is used depending on the lighting around you. (-> Settings -> Display ->Adaptive brightness)

Extend the sleep timer for your phone. Your phone will spend more battery life turning the screen on multiple times instead of having the screen displayed longer.

The phone will not charge even when plugged in.

Charger not fully plugged in

Ensure the charger is fully plugged into the phone and into the wall. Also ensure there is no debris in the charging port, if there is clean charging port out by using a compressed air duster.

Check the entire cord for broken or worn spots. If any wear or tear spots are found, a new cord will need to be purchased.

The buttons will not work no matter how hard they are pressed.

There is dirt at the sides of the button

The spaces between these buttons are very small and the smallest dirt particles can get in the way of the buttons and prevent movement. Use compressed air to try to clean the buttons.

The spring is broken

There is a tiny spring that facilitates the movement of the buttons. This spring is very fragile and if broken cannot be easily replaced. Try using the assistive touch feature on the phone or downloading an application that allows you to control the phone from the screen instead of using the buttons.

My Motorola g4 play phone is not reading my sim card

I am receiving text and calls, but cannot access when I swipe.