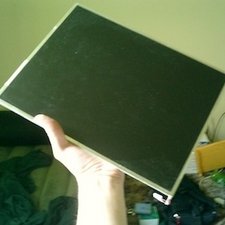 Anybody else having this problem?

Just recently finally I saved up enough and bought myself a nice 2019 MacBookPro (16,1) 16 inch and finally upgraded from a (5,3) 15 inch and at 12 years old and still running I've never had to close Firefox and mail to keep my battery from draining during sleep.

I unplug my computer from an OWC thunderbolt 3 dock in the morning and the battery reads at 100% fully charged, put it in my backpack, put my backpack in the car and hopefully not need the computer.

9 hours later I get home pull my computer out of my backpack to find that I have 20% and all day my computers been cooking in my backpack doing something to kill the battery. I first thought it was firefox so I closed it and tryed it again the next day but it still did it, I thought it was Thunderbird … rinse and repeat close the app and just had firefox open and same. I need to test with both closed but haven't gotten there yet.

So far on the last test I only had mail, preview, terminal, text edit and Thunderbird open.

on my previous Mac I only lost a couple of percent, at this rate I'm cycling the battery just about every day! I'm on 54 cycles on a machine that I've had less than six months. Without a user replaceable battery. And would've went windows if it weren't for software compatibility, I planned on this one being my last Mac as Apple really screwed up some stuff after OSX 10.6. Not to mention right to repair But I digress.

The only thing that's reading significant power usage is Firefox but if firefox was closed why am I finding my computer with less than 15% and extremely hot from work load ( is it uploading all my data to the “iCloud” (I don't use) probably you know “privacy and security for three letter agency”.

And yes I do know about hot vehicles being a bad thing we are not in that season where I live yet and it's actually been reasonably chilly the last couple of weeks and we're finally getting some warmth. at that point in the HOT seasonal weather I will usually bring my backpack in to the cool buildings with me, then again I did not have this problem with my previous one or any of the other systems I have. I have occasionally had a process hang the whole system and prevent sleep which is what this feels like but the system is not hung and I can wake it back up fine.

Edit:1: Here is a snippet of Coco battery, not sure how that's going to help as this is literally only happening when I'm not using the computer. Currently I'm plugged in. I know the dock is a lower wattage 60W, apple adapter 90W but I'm not really pushing things at the moment either. Either way it'll be fully charged in an hour or two and definitely by morning.

Edit:2: an update I tested it again yesterday (Tu) with only textedit open, I lost 51% I guess that's an improvement?

Today (W) I went out to a different client and as I'm typing this with a remainder of 19% on my personal laptop which I just pulled out of my bag. meanwhile I am at 5% on my work laptop which I've been using all day. Only thing that is open is firefox & TextEdit I forgot to close it this morning. I feel like if I don't want my battery drained I have to shut this thing fully down but the new Apple system is never off so… I just found out modem sport was removed from Mac meanwhile Windows 10 still supports it LOL. 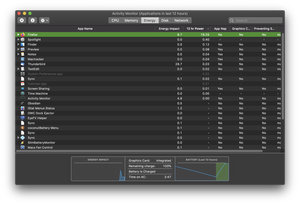 Edit:3: Friday. So I took a screenshot this morning of activity manager sorted by CPU usage, closed firefox undocked and close the lid and a few minutes later put it in my bag. I left at 7:30 got home at 6:30 open the lid at 8. Was greeted by the login screen which after login went black, it restarted? had a press any key to restart, it restart again I think, back to the login screen logged in restored what was open took a picture of activity monitor. Oh yeah 42% 56 cycles. 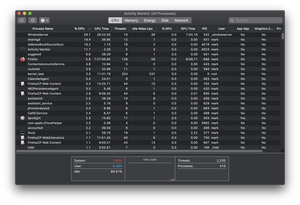 This morning after closing fire fox 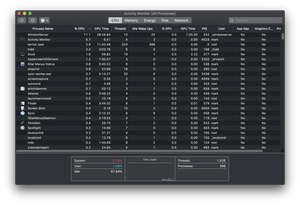 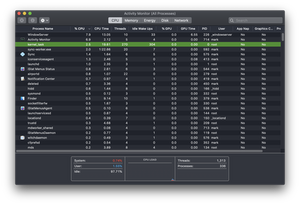 Edit:3/29 I Left at 7:30 this morning closed everything except for text edit and activity monitor. Got back at 7pm I opened my bag to find a space heater, again.

Here is a picture of coconut and activity monitor right after opening.

I've been working 8 to 5 M-F so I barely get around to fully reading and replying to things. 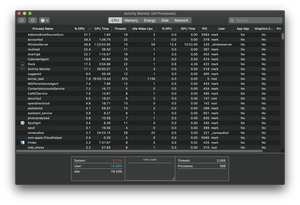 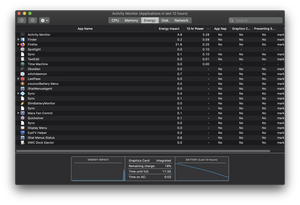 Edit:3/29 I Left at 7:30 this morning closed everything except for text edit and activity monitor. Got back at 7pm I opened my bag to find a space heater, again.

Here is a picture of coconut and activity monitor right after opening.

I've been working 8 to 5 M-F so I barely get around to fully reading and replying to things.

Edit:4/03 well no. I Grabbed my laptop this morning I think at 10 put it in my bag, went and did some errands, stopped at a few stores, went to work, got back home and finally got it out of the bag again to find…. completely black screen battery icon dead. So I don't know what's causing it the only thing I haven't gone through is my menu bar items. I'm now at 59 cycles.

Edit:4/06: Update new information! I repartitioned my drive I mean added a “new volume” I have enough space thankfully. After installing a completely clean OSX I can report that when I unplugged at 9AM and opened it back up at 7:30 PM I was still at 100% with the keyboard cover on.

I plan to update and try again, this tells me it is Software related the question is that an Update or one of my menu bar apps? I currently have Sync.com, istat menu, which, OWC doc ejector, max fan control (currently disabled), Obsidian, LastPass, Coconut battery menu bar, slim battery monitor, Display menu (app Store app), background app Quicksilver. I came on here out of frustration and lack of time to do the legwork hoping for an easy answer and like always I tend to find my own answers to my own questions. Thanks everybody for the help so far hopefully this will be helpful to somebody else when I eventually find what's wrong.

It has everything indicating to me that a program is preventing sleep or waking and it's not able to go back to sleep, this was usually indicated by that the sleep light would never go out however….. Apparently sleep lights are not important anymore.

Thanks for everybody who was trying to help so far. on one of my restarts I closed out all my Finder windows and unchecked “re-open windows when logging back in” on the restart box. After that the issue went away so I guess I won't know what it was, I suspect that either some thing with Finder was freezing or there were some process that was frozen that kept getting restored that was preventing sleep and because the system wouldn't go to sleep it just sat there on the whole time. What a headache and a lot of cycles, something that would've been easily diagnosable with a sleep light that thinking back I've had something similar happen on my previous notebooks.

The bad news is your system has a partial short so the battery is draining away! Time to visit an Apple Store show them the energy and one of your process snapshots you posted here. They will need to repair it under warranty or replace the system.

@imark7777777 - Did you make an appointment at the Apple Store to get your system fixed or replaced??

@danj well that's an interesting fault. It's on my to do list to call them and I am definitely under warranty as I got the extended options. however it's an hour and a half away to an Apple store so I am my Apple repair Center. I have an iPad with Backlight issues that's waiting for me to get back around to soldering the chip back on, I think it's been three or four years now?

I thought maybe my keyboard was getting bumped and I managed to get a full day without any drain. it's only started happening recently? I almost feel like it's a well you have an updated to the latest OS so we're going to push bugs into the old version.

Plus last time I went up there last year for my mom's iPad which just died and didn't revive after charging overnight. they insisted on doing temperature checks because everybody must have fevers at the same exact temperature and you wouldn't be warm because you're standing outside.

I re read that and I feel like I was very ADD.

I suspect Some process kept getting restored on reboot that required closing all finder windows and unchecking “re-open windows when logging back in” on the restart box closed out whatever it was.

Rebooting alone did not solve it, and it did not happen in a clean install. Only after that box was unchecked and restarted did it go away.

What does Activity Monitor telling you? monitor your CPU usage.

Also, let’s get a better view of things, install this gem of an app! CoconutBattery take a snapshot of the apps main window and post it here for us to see Bilder zu einer vorhandenen Frage hinzufügen

Well if only Quiksilver was not opening coco.framework I would've been in faster, then there's an app update...

@danj yep :-( .... I use a program called Quicksilver that I can do a control+space and type a few letters of a program and hit enter to open it, except for it's cataloging some thing else as priority over the coconut battery app. Great little app, I've had it for a while love that it can catalog battery health. The downside is now I have three different battery icons in my menu bar because they all have different useful functions. I also have SlimBatteryMonitor I've had it since my iBook G3 900mhz.

@imark7777777 - What does Activity Monitor telling you? monitor your CPU usage.