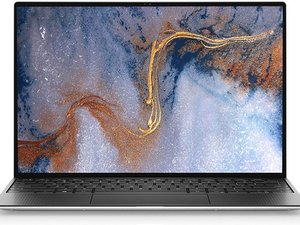 Released in January of 2020, the Dell XPS 13 9300 is physically very similar to previous models but has optional upgrades for graphics and the processor. 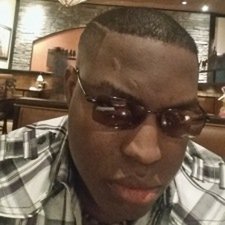 Touchpad: Tracks and registers Taps but not *Clicks*

Just as the title says.

I have updated everything and even rolled back the touchpad drivers which is considered the PS/2 Mouse. Still no luck sadly. I can’t say for sure how or if there is any physical damage as this is my rather careless teenage daughter’s. Might anyone have a clue?

Expanded battery - that’s how you know on these XPS laptops. Get the battery out ASAP, and replace it*. Refer to this guide to change it. Dell has had a lot more issues with expanded packs, especially the softcell XPS batteries! The reason it’s so bad is the lack of a shell increases the risk of chassis damage. With the old hard shell packs, the risk of damage was lower because you could use the shell as a buffer.

Due to the risk of destroying more of the laptop then just dealing with it, just get the pack out unless you’re worried about breaking it - worry about Dell shaming you for it later - they tell you to do it anyway if you can, especially in your situation.

*I would also check if it’s under warranty before doing so as well, but be careful it doesn’t kill the trackpad if you wait to remove it - this is a current model. If Dell asks and you DID remove it, you removed it to avoid damaging the laptop. STAND YOUR GROUND on battery removal, even if you need to argue with them over it since this is not a Commercial system - it’s done to prevent laptop chassis damage. Dell simply trusts Commercial customers more and openly says to get it out of the laptop to them.

Tell them this IN YOUR WORDS: “If the battery was left inside the laptop, it would have damaged the trackpad since it stopped clicking, and that’s a warning it is getting to the point it is a potential fire hazard and damaging the trackpad and palmrest. It was removed to prevent damage to the system, and to safely isolate the battery. I was not going to risk destroying the laptop over something easily avoidable.”

@epydemic Yep. SOP for Dell these days. This happens more then it should and they know it to the point their good support reps make battery exceptions for the commercial hardware with 3 year warranties a lot. The frequency on the XPS makes me worried about the XPS derived Precision, to the point I would go for a Precision 7000 series (old school magnesium build).

If you buy a used Dell with these packs and it says no battery it expanded. Unlike HP and Lenovo where it's UN3841, Dell=swollen. It was caught before it destroyed the machine - yes, I've seen used 7490's with battery expansion damage where the palmrest is trashed (battery was removed). The XPS CFRP palmrest is not cheap to replace! Neither is the Lat 7000 palmrest, but you can cut costs by recycling your keyboard and keyboard plate - not possible on XPS.

Tell your kids if they see this again on these softcell Dell laptops the battery is suspect so they know the early signs of the problem, especially if you keep laptops for years. It's less of an issue for people who upgrade every 18 months and take the depreciation hit for the secondhand market but someone who intends on going for long term ownership and people who buy them used need to worry more.