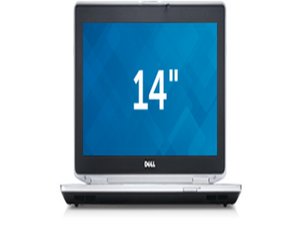 Repair information and troubleshooting for the Dell Latitude E6430. This business class laptop has a 14 inch screen and uses a 3rd generation Intel Core processor. It was announced in May 2012.

not charge but said it was plugged in. Had this issue last year

I had this issue a few years ago. I was at school with my dell latitude E6430 and plugged in my charger to charge, then it started to not charge at all. I though this would go away, but unfortunately it didn't. It still have the same issue, whenever i plugged in to charge at home, it didn't charge but only said it was plugged in. I tried contacting Dell support and Microsoft for help and solution and they couldn't find the solution at all. I tried to get one of my family members to help me figure out this issue and unfortunately they couldn't help but told me that there was an issue with the processor of the battery. I don't know what to do and it still happend til this day. If anyone if any chances are able to have a solution, please tell me. 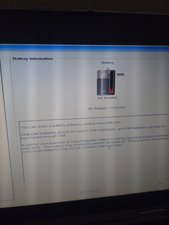 not only that but it does this when it's on 0% 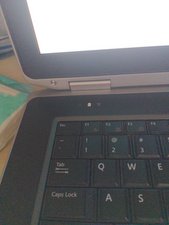 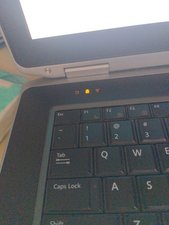 I have had issues with the E6X40 series where they're super fickle about the charger saying DELL the right way to the motherboard where I needed to get my power adapter replaced under warranty as well. Some of these Dells are stupid picky about making sure you have a Dell charger, and will even stop a genuine Dell when they aren't happy about this. Sometimes old batteries do this as well (as @oldturkey03 mentioned), but it's often bad adapters, sometimes batteries. Usually Dell's batteries fail such they stop holding enough charge to be useful for much of anything or throw a "communication error" when they go bad. If a cell shorted, they throw up a very prominent permanent failure alert you must acknowledge to boot, so it’s not as likely as you think. Get a 90W adapter if you can for testing from Dell directly to rule out a bad adapter, even if 65W works; it’s worth the few extra bucks as it may potentially allow for ExpressCharge if that feature is spoofed or present on a OEM pack.

It may be the 3rd party batteries are being blocked by the BIOS as well, which is also something Dell is very known for. The solution to the issue is to steal their battery authentication code or reset a Dell BMS but the problem with this method is it’s legally sketchy in many cases so they steal 95% of it and change 1-2 bits and then change the manufacturer name from DELL to some random name or vendor name (ex: ehehehejrheb or iFixit). There’s a potential way around it involving cloaking the battery but it will not show in the BIOS or the onboard diagnostics and will read a false error. I would focus on the adapter first, though. Usually once it gets to be too old even Dell stops trying to use lawyers against sellers decrypting OEM code for E6430’s but don’t discount poor code on those clone batteries or even no real attempt to spoof it. Dell ain’t making money on these old systems since the only users am left are people like us who want a deal on old disposable hardware.

USB-C will completely remove this Dell only problem of being a PITA for fun because USB-C is a intentionally open spec; I’ll gladly slam the door on them because of how much waste this “problem“ generates as people like us have to throw adapters which are PERFECTLY FINE but have sense line issues. The downside is you can almost be sure THEY RIGGED THEIR USB-C BIOSes to log 3rd party adapter usage in a hidden engineering menu somewhere on the business and consumer systems and log this to NVRAM so we can't clear it out.

For that reason (and I can't trust someone else's charger isn't rigged, since USB-C is data+power) I still use the Dell power only chargers or will stick to quality 3rd party ones I personally purchase new. They went from a bogus BIOS stunt (without a logged override so say, if I had to have it serviced and chose to override it I can point to the previous support case to support I bypassed it to use or troubleshoot a problematic charger and they have NO GROUND to deny warranty) to having a real reason this time, sadly: Security. Used adapters purchased standalone are too much of a risk now, even power only as you just do not know if the data lines are doormat or disabled.
The issue is USB-C is data+power, so you can bug a USB-C charger to load a computer with malware which can't be detected/removed without wiping and reinstalling, or abusing the BIOS (though with Intel Boot Guard and PROPER signing, you can block this or "kill" the computer until you flash a verified BIOS and clean the NVRAM; Intel flat out refuses to boot properly if the private key is wrong, and Dell will not let you start the machine until you fix it)

Bruno Tram if you can't charge it, I assume it always runs on AC Adapter power. This "said it was plugged in" means your motherboard still recognizes that a AC adapter has been plugged in. Good. Next thing to do would be to replace the battery. It is going on 10 years old if it is still the original. Time to change it and to re-evaluate. Download the owners manual from here It has the removal procedures listed in there.

I had 3 batteries 1 was the original one i had when i first got it. The 2 was the one at got from Amazon.

@Bruno Tram I must have overlooked that in your question. How old is the battery? Does your computer recognize your battery?

@Bruno Tram Does your computer "See" the battery and did it run on the new batteries (at least for as long as it took for them to completely discharge). They never charged correct?

When first getting it, it had around 50 to 60% but still cannot charge at all

Can it be fixed at home?

But probably not you might need to send it in

Most likely it's the chip problem.But besides that I also often have PC problems at school so I prefer to use trusted sources like https://happyessays.com/free-essays/poli... to do writing on any topic, the last one was on police brutality, for me it's important that the writing gets done anyway because low success doesn't suit me.