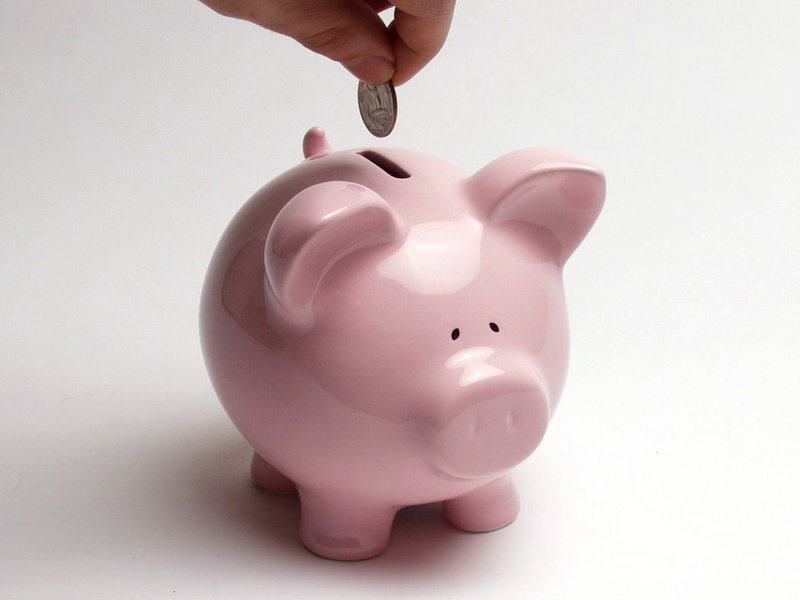 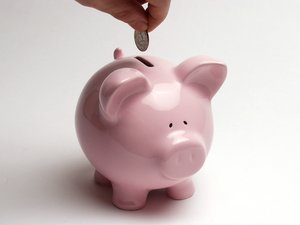 Why break the bank when you can fix it?

A piggy bank is a box of some sort that is used to store coins. The term piggy bank is most commonly associated with a coin box made from porcelain in the shape of a pig; however, people might call other coin deposit boxes a piggy bank even if they are shaped like a rabbit, cat, or boring rectangular box. They usually have a single slot on the top for depositing coins and a cork or lock on the bottom for removing saved money. Some piggy banks have no way to remove money and must be smashed to retrieve the contents inside. You could use a butter knife to guide the coins out the top slot if you want to preserve the porcelain.

Piggy banks are most often used to teach children the value of saving money, but adults can use them too. Piggy banks or coin boxes are commonly used for collecting donations such as in a temple, church, grocery store checkout, museum, or wilderness preservation area. Some modern piggy banks have electronic machinery inside which counts the amount of money inserted. Since piggy banks are a well known cultural staple, many financial institutions use them in their logo. An example of a piggy bank in film is the toy Piggy Bank “Hamm” in the Toy Story movies.

At the time of writing, the oldest known coin box dates from the 2nd century B.C.E. It is shaped like a small hollow Greek temple with a slot in the top. It is somewhat difficult to find intact piggy banks from long ago because they had to be smashed to retrieve the goods inside. The first coin bank in the shape of a pig was found on the Indonesian island of Java and dated to the 1100s. The term “piggy bank” in English likely originated from Germany where pigs are seen as symbols of good fortune. Others have speculated that the connection comes from the name of a type of clay, called “pygg,” used to construct old coin boxes.

The Origin of Piggy Banks by The Financial Brand

Why Do We Put Money into Piggy Banks? article on MentalFloss