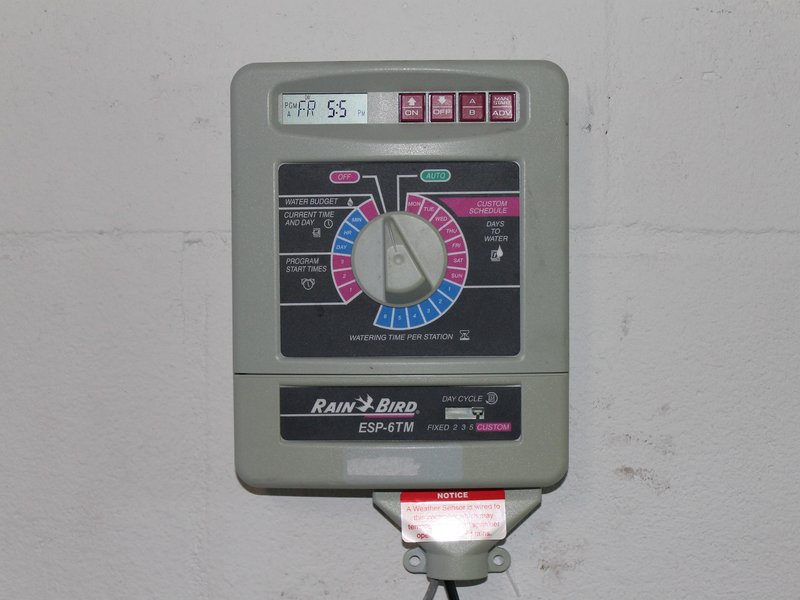 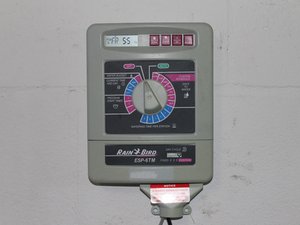 This is a standard irrigation system control box used for residential homes. It can manage a maximum of six valves.

Having problems with your Rain Bird ESP-6TM? Refer to the troubleshooting page.

This device was developed around 2009. It has been reliable by many standards, as there are still many functional units being used. The ESP series was designed to be easily used by residential home owners and specifically designed to limit many complications inherent with programming sprinkler systems.

The main issues stem from power concerns and are generally resolved by changing the lithium ion battery or the small fuse within the unit. In addition, issues with the dial knob not changing between sections has also been a concern. The majority of other issues that have been raised relate to the valves, which is generally a direct valve problem and not related to the control unit.

It should be noted that finding spare control boards and technical parts can be a challenge. It is advised to seek parts listed online, as they are generally not available directly from Rain Bird.