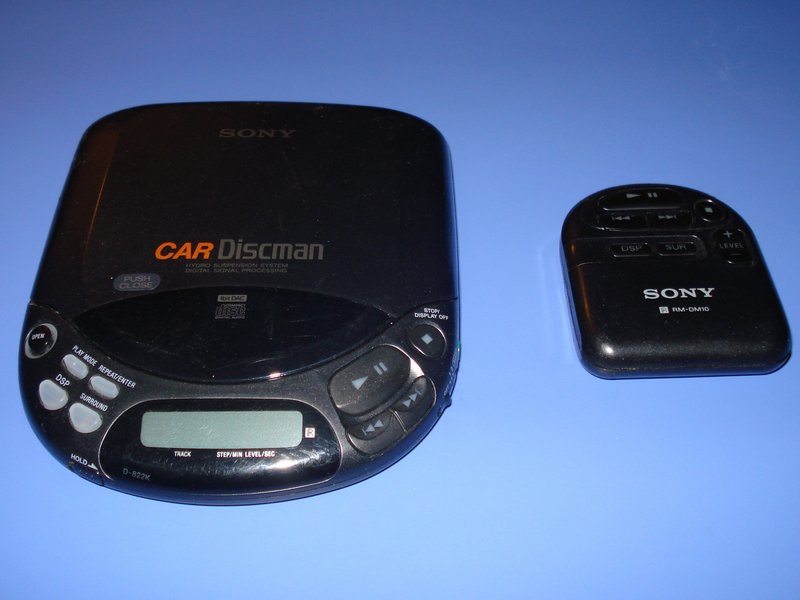 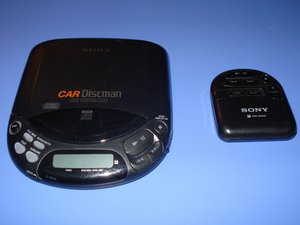 The Sony D-822K Car Discman is a portable CD player equipped with a remote control and shock resistance to make it ideal for listening in the car.

The Sony D-822K Car Discman is a portable CD player equipped with a remote control and shock resistance to make it ideal for listening in the car. In 1982, Sony released the first commercial CD audio player into the market with the Sony CDP-101 at a price tag of $900 USD. CDs (compact discs), were fairly expensive as well, with the average CD costing around $30 at the time. Furthermore, these CDs were only manufactured at two facilities in the entire world, and each of these facilities was solely owned by Philips and Sony.

The Sony D-822K Car Discman includes the word “Car” in orange capital letters next to the word “Discman” in grey font on the top of the device. The Discman includes a digital display and an array of buttons on the front of the device. The CD player’s remote controller includes the name “Sony” printed in capital letters on the top. It also includes several buttons for controlling the Discman.

If something in the CD player breaks, it is fairly simple to open and inspect. The Sony D-822K Car Discman can be easily taken apart by removing the six screws on the bottom of the device. You can remove and replace many components such as the laser reading assembly, the main circuit board, and the small LCD screen.