Fact: bears eat beets. Another (not so fun) fact: the EPA doesn’t regulate the disposal of batteries in small quantities—instead, they let each state decide what’s permissible to chuck into your regular ol’ waste bin. Yup, that’s the same waste bin that’s chock full of your paper, pizza boxes, dirty napkins, and other combustible matter. So let’s help avoid some post-repair trash fires—by recycling batteries, instead of tossing them in your (surprisingly flammable) trash-bin.

Why should you care? Trash is trash, right? Not quite…

Lithium-ion batteries can be found in a wide variety of everyday devices—from smartphones to electric cars, to e-cigs and children’s toys. And the chemistry inside these batteries is pretty delicate for such commonplace devices—anything from contaminated chemical makeup, to poor manufacturing or excessive heat, can cause a runaway reaction resulting in explosion. When a Li-ion battery is punctured, it can short-circuit, causing a drastic rise in temperature—and higher temperatures can ignite anything in the battery’s reach.

Now imagine throwing your old iPhone battery into your waste bin. From there, it’s loaded onto the back of a truck where it’s jostled around under direct sunlight until it reaches its destination. Too much heat or pressure can cause your battery to spark—which can set fire to everything in the back of the truck. This happens more often than you’d think. In fact, lithium-ion batteries are one of the leading causes of recycling truck fires. Just last year, lithium-ion batteries were responsible for 65% of waste facility fires in California. In one instance, a battery fire at a recycling facility in Queens burned for two straight days and shut down four branches along the Long Island Rail Road for several hours. If that doesn’t terrify you, this footage should:

Battery fires can be devastating—and we Californians are already dealing with one of the worst fire seasons in our history.

Plus, even if a lithium-ion battery does make it through the garbage sorting process unscathed, it’ll likely end up in a landfill where it will leach toxic metals into the environment, contaminate the soil, and eventually make its way into our water supply. That’s a huge problem, potentially a 157 million pound problem—the number of pounds of lithium-ion batteries sold to the U.S. in 2017 alone. (That’s 1.3 Titanics of toxic explosion-potential.)

The right way to recycle your iPhone battery

For the love of whatever you find holy, please safely dispose of your old lithium-ion batteries. Here’s what to do after you finish a battery replacement:

In spite of their ubiquity, batteries are scary, and manufacturers certainly aren’t making their removal any easier. But forewarned is forearmed, so congrats! Equipped with this knowledge, you can get future fixing done responsibly by disposing of your old batteries safely. And help us spread the word about safe recycling by hitting that Share button below—before a battery fire spreads it for you!

Correction: The first version of this article recommended putting a swollen battery in a bucket of salt water for a couple of days. Although this method is proven to help discharge lithium-ion batteries, its overall effectiveness is still under review. That makes using a fireproof container the only established method for safely storing swollen Li-ion batteries at this time. 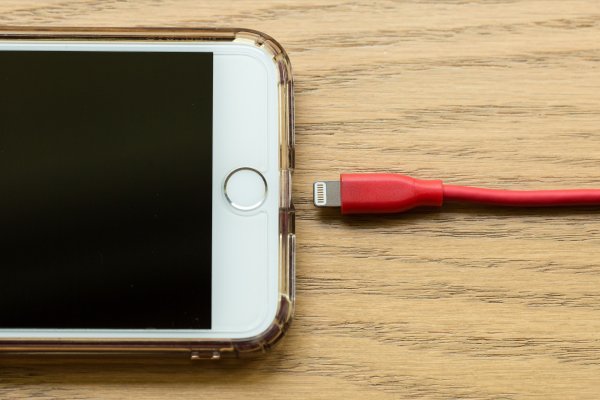 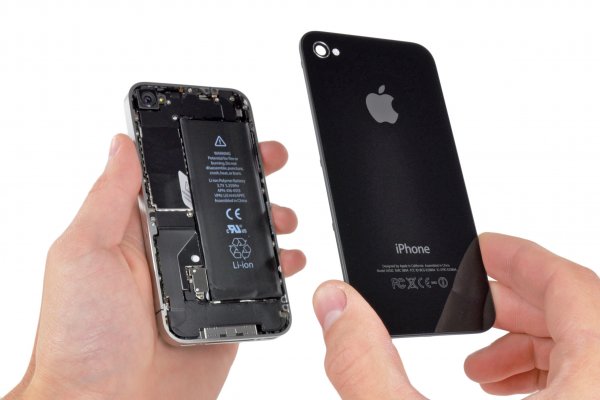 An Ode to Rick Astley and iPhone Battery Replacements