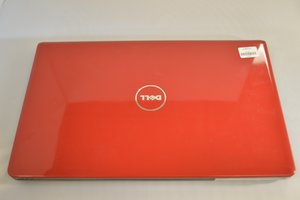 I have a Dell Inspiron 1564 laptop and I have a problem with the display not working. The external monitor works absolutely fine.

I tried to switch the laptop back on and same happened, as I was using the battery power at the moment and thought it is the low battery that is causing the issue and plugged it into the mains and tried switching it on once again and this time when laptop switched itself off right after the initial welcome beep I smelled something burned I side and when I opened the back again the LCD cable was burned right by the plug which was on motherboard side.

I took it all apart and hoped the damage was only limited to that particular wire and not to the motherboard or the lcd and ordered a replacement wire for LCD and tried to it put it back together but it still did not work.

I took the motherboard out see if there is any visible burn damage to it and found nothing, the I plugged an external monitor in for inspection and luckily the laptop worked fine on external monitor.

Only a white light lits in the screen and nothing comes on it after that, if I plug the external monitor on I can the use laptop as normal apart from the screen.

I have tried to find the possible assistance in this scenario and unfortunately cannot find anything.

Any help would be appreciated.

Upon reading over the Internet it could be reed switch(2nd name lid closure sensor) but I don't know where that us located in my laptop.

there is a cable that goes from the motherboard to the LCD sometimes gets pulled out a bit so it is not making good contact or the cable is damaged.

check both ends and make sure they are connected properly. i have seen technicians making this mistake many times.

I am a high level technician.

the wireless cable can't damage the screen, it might not work at all but that is all.