Glory, hallelujah! Today, we disassembled the first recyclable iPad. Recyclability is an economic term—a device is only really recyclable if the recoverable components and materials are valuable enough to cover the costs of taking it apart. The iPad’s historically huge, glue-slathered battery made it a burden rather than a boon for recyclers.

With pull-out adhesive tabs, we were able to remove the battery from the iPad Pro in record time—with no embarrassing, sticky residue. Recycling win meets repair win. We’ve been campaigning for something better since the first iPad, and we’re glad Apple has streamlined in a repair-friendly direction. In light of this improvement, the iPad Pro scored an extra point over its smaller siblings, earning a 3 out of 10.

• Inside, the iPad Pro is very symmetrical—the logic board runs down the center, flanked by the two battery cells. The central logic board made for a challenging opening, as the display cables connect to the center of the panel.

• Based on our measurements, the speaker enclosures occupy about half as much space as the battery. That’s space that could have potentially been used for an extra 50% battery capacity. Apple seems to be carefully balancing battery capacity, weight, and sound quality.

• Christmas came early for iFixit in the form of adhesive pull tabs under the battery. Thanks, Apple—this is seriously legit, and including a handy spudger hole makes these even more useful than tabs we’ve seen in iPhones. 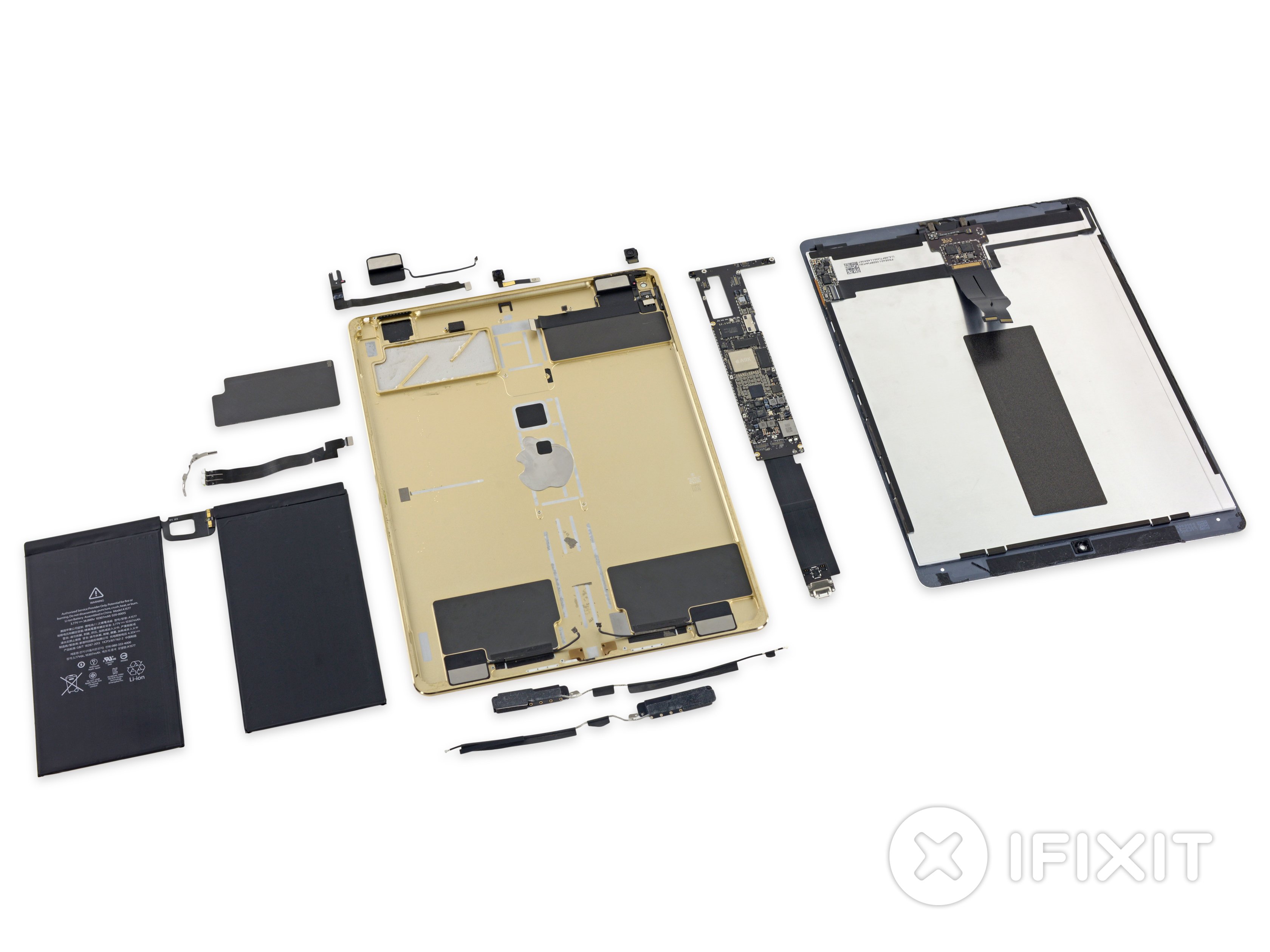