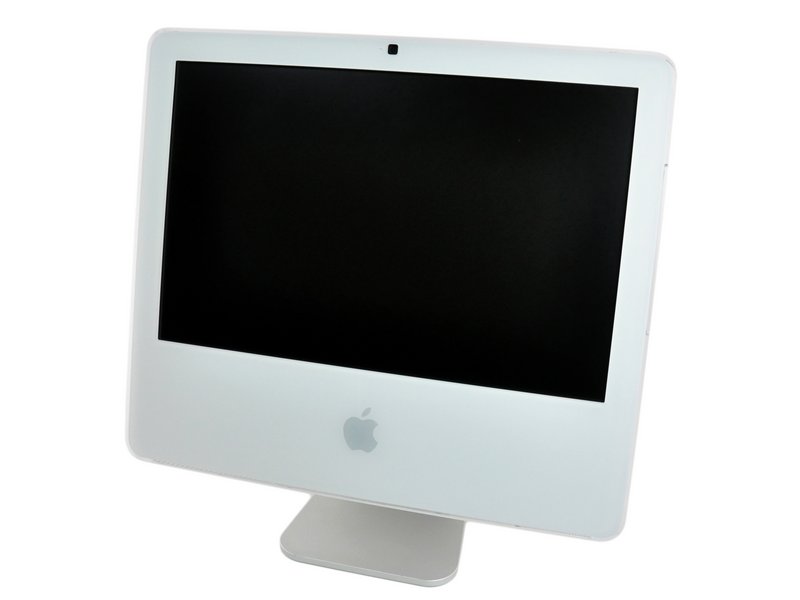 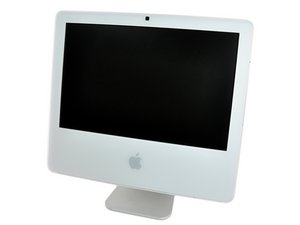 The iMac G5, powered by the PowerPC G5 processor, was originally released in August 2004.

The iMac G5 was originally released in August 2004. It uses a PowerPC 970 processor which Apple dubbed the “G5.” The all-in-one machine uses the same display found in the previous iMac G4, but all the internals of the G5 are inside a rectangular case just behind the display. The main body of the machine is held up with a curved aluminum foot, a piece of design language that stuck around in the product line for many years. You can identify this machine by looking for the EMC number (something like EMC 1989) printed on the bottom of the aluminum foot. Look below in the specifications section for a list of iMac G5 EMC numbers and the matching model numbers which are used in the titles of more detailed guide pages.

The iMac G5 was updated in May 2005 with the addition of an ambient light sensor (ALS) and small updates to the processor speed and hard drive capacity. With this addition, the new revision (called the “iMac G5 Ambient Light Sensor”) can automatically adjust the screen brightness based on your surrounding light conditions. Since this model is very similar to the original, they both have the same model number and the same iFixit repair guides (17-inch and 20-inch). Apple released another update in October 2005 to add an iSight video camera just above the screen. Again, the new revision brought a bump in the specifications, but it also has a redesigned interior; therefore, the guides for the iSight model are different. Unfortunately, the opening procedure for this final iMac G5 model is more difficult than for the previous revisions.

The first two iMac G5 models have support for a 100x100 mm VESA mount so you can attach the device to a third-party arm. The later iSight model does not support this feature. It does, however, support faster DDR2 memory and a larger 2.5 GB maximum capacity. All versions of the iMac G5 can run up to Mac OS X 10.5.8 “Leopard.”

iMac (all models) on Wikipedia

iMac specifications (all models) on EveryMac