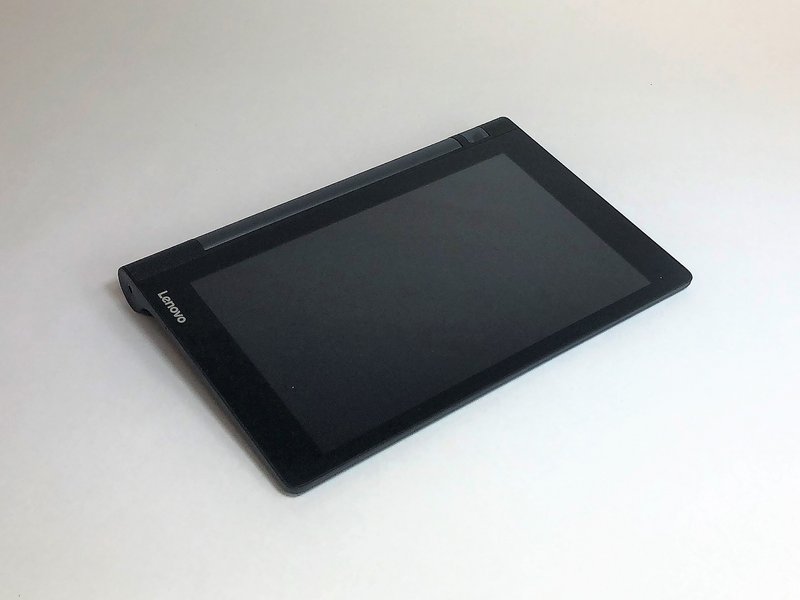 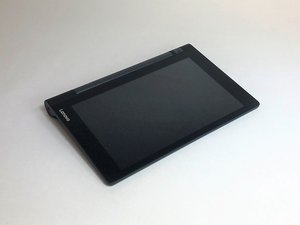 For diagnosing the issue with your device and ways to solve the problem use the troubleshooting guide here.

The Lenovo Yoga Tab 3 8 was released in September 2015. It can be identified by the model number (Lenovo YT3-850F) located on the clear sticker on the back cover underneath the kickstand. Lightweight and compact, it weighs in at just over one pound and measures 5.74"x 0.13" x 8.26". The slate black tablet features a battery cylinder and kickstand on the side of the device, shifting the center of gravity and opening up multiple ways to use it: Hold, Tilt, Stand, and Hang. The tablet has an outstanding battery life, reportedly lasting for up to 18 hours on one charge.

The 3 8 was Lenovo’s second iteration of the Yoga tablet concept which began with the Yoga 2 8 in October 2014. The Yoga 3 8 replaced the Yoga 2 8’s front and rear-facing cameras with a single 8 MP 180° rotatable camera, making it ideal to take photos or video record on the go. This generation also boasted a larger expandable memory, which increased from 64 to 128 GB, and a cheaper price tag. There were trade-offs for the lower price, however, and the 3 has a slower processor and lower screen resolution than its predecessor.